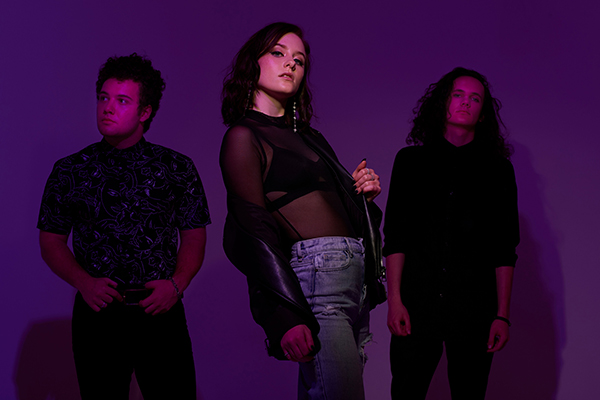 On Tour Now with Against The Current

Recent Singles “Wish I Missed U,” “Just a Friend,” “Half Awake,”& “Porcelain” Garner Over 1.36M Views on Youtube

The record features recent singles “Porcelain,” “Just a Friend” and “Half Awake,” and title track “Wish I Missed U” featuring Anthony Green (Circa Survive), which have together amassed over 1.36 million views on Youtube.

The band shares: “We’re so excited the album is finally out, we’ve been waiting so long for this, especially with all the COVID setbacks we’ve experienced throughout the process! We’re really proud of all these songs and we hope that you love them just as much as we do!”

Concrete Castles is currently on tour with Against The Current. Fans can catch the band at upcoming shows in Dallas, Los Angeles, Brooklyn, and Boston.

For more information, please see below or visit: www.concretecastles.band.

Like The Killers and Imagine Dragons before them, Concrete Castles started as a cover band. Except instead of honing its skills off the strip in Las Vegas, the band has been building its cover presence on YouTube. The result is over 1 Million YouTube Subscribers and a quarter billion streams.

While the success from doing covers has been gratifying, the band learned that the more you cover and dissect pop and rock classics, the more you understand what about them works.

Despite their young ages—vocalist Audra Miller is only 19, drummer Sam Gilman and guitarist Matt Yost are both 20—the trio possess a profound instinct for the intricacies of song construction.

The band began writing its own original music and brought in John and Stephen Gomez (of TWIN XL) to produce the new album and help bring those songs to life. The debut landed on many prominent “Most Anticipated” lists prior to its release.

Concrete Castles ultimately shaped a dynamic sound that speaks to the eclectic nature of the band, whose members grew up on everything from country (Miller) to ’80s hair metal (Yost) to classic rock and emo (Gilman). Now the band is ready to show everyone what they’ve learned.

The band will release its debut album Wish I Missed U on September 17th via Velocity Records / Equal Vision Records. For more information or to stream, please visit: velocity.lnk.to/wish-i-missed-u.

Keep up with the latest from Concrete Castles at www.concretecastles.band.

Wish I Missed U Tracklist: