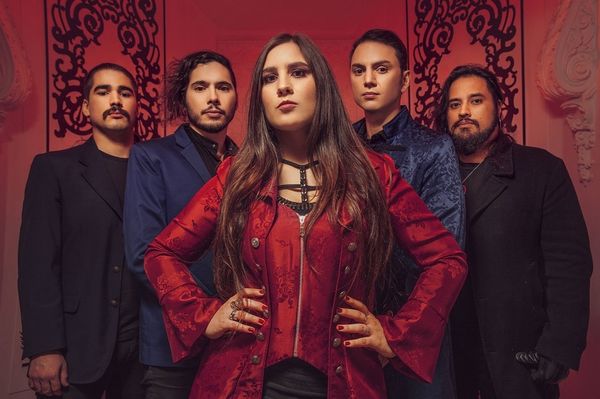 Female-fronted symphonic/power metal band CRYSTAL GATES is proud to release the second single “Moonshine & Sorrow”, a track taken from the band’s upcoming album “Torment & Wonder: The Ways Of The Lonely Ones” due for release on July 29th, 2022 via Wormholedeath worldwide.

Crystal Gates speaking of the single stated: “Feeling happy is great, but nothing can make us feel more alive than having the perfect tune to carry us through our saddest moments. Add a clear full moon night to that, and the broken heart will glow. “Moonshine & Sorrow” is about longing and feeling sad, while at the same time, being aware of how lucky we are to be alive and to have been touched by love in the first place.”

The video was shot at an old and enigmatic castle once owned by one of Uruguay’s greatest alchemists: Humberto Pittamiglio.

Crystal Gates is a Latvia-based symphonic power metal band formed in Montevideo, Uruguay in 2013 by Benjamín Machín and Carolina Pérez. After two years of writing, arranging, and recording, the duo released their first studio work, the six-song EP “A Quest For Life” in 2015.

The single “Shadowborn” followed in 2017, bringing more international attention to the band, and the opportunity to play bigger shows and festivals, sharing the stage with bands like Epica, Xandria, Masterplan, Anneke Van Giersbergen’s “The Gentle Storm”, Blackoustic, The Agonist and Fates Warning.

Now, after working hard through challenging times, the band has finished their first full-length album: “Torment & Wonder: The Ways Of The Lonely Ones”, their most ambitious effort to date. “Torment & Wonder” promises a bright future.