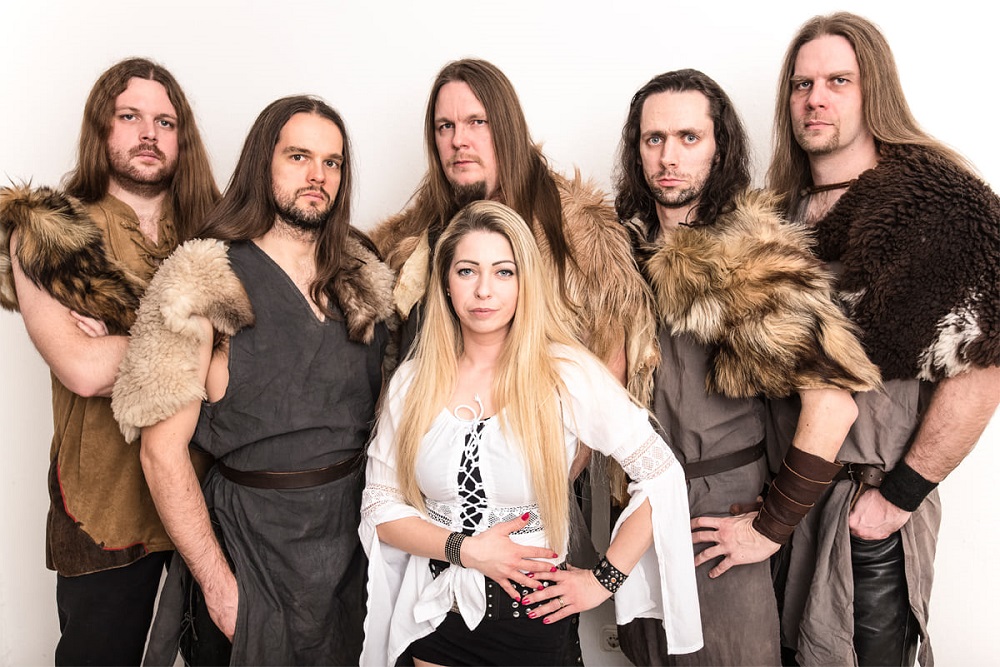 Hungarian folk metal peculiarity DALRIADA are back with a very special song coming from their “Őszelő” album, expected to be released this Autumn. “Ezer Csillag” (English: A Thousand Stars) is a unique ballad, an original composition with the authentic sound of traditional Hungarian folk music, featuring the band’s long time collaborators, Fajkusz Banda on violins, violas and double bass. The song’s message and the timing of the release also meant to stand in remembrance of the centenary of the Treaty of Trianon that disendower Hungary of 67% of its territories. You can listen to the new song on the link below and also find the English translation of the lyrics in the description.

Dalriada are Hungary’s most popular folk metal band, having released 10 full-length albums over 15 years with their unique sound and music performed with both male and female clean vocals and occasional growls. They’ve gained significant attention over the years, recording a song with Korpiklaani singer Jonne Järvelä, being constant performers of the biggest European metal festivals (like Sabaton Open Air, Leyendas del Rock, Wacken, Masters of Rock and Ragnarök Festival, etc.), toured in Japan with Orphaned Land and Myrath, performed on the 7000 Tons of Metal Festival on the cruise ship sailing the Caribbeans. They’ve also toured in Europe with Faroese metal band Týr last year, which they plan to repeat this year as well starting in September with Arkona (RU) joining the flock. You can find the tour dates below.

Thoughts of András Ficzek (vocals, guitars) about the new song:
“As a very special piece taken off our forthcoming new album, we’d like to share with you “Ezer csillag”, a song written for the 100th Anniversary of the Treaty of Trianon. The song itself tells it all instead of us. Take it with as much love as it was made with.

There are of course two sides of every coin, and every nation has their own sense of truth, and we do not want to deny that. “Ezer Csillag” was not written against anyone, but for the people of our own, for us. Eventually tears dry up, sobbing turns into a sigh, and the wheels of time keep on turning relentlessly, but our past, our history can not be taken away, and its teaching us one thing: Together we are one!”

“On this day a 100 years ago, as a closure to the first world war, Hungary was forced to sign the Treaty of Trianon, which – by only stating the simple facts – meant and means the following for our country:
– Hungary has lost 67% of its lands.
– Lost 66% of its fertile infields, railway and road networks.- 3,3 million Hungarians were constrained to continue their lives under foreign authority, were  forced into a minority status, who had no means to voice their will, neither by a referendum nor by any other resort.
– In the new countries created, the millions of Hungarians have no territorial or cultural autonomy, have actively kept being assimilated and their rights to use their native language has been suppressed many times in the past over the last century.” – András added.