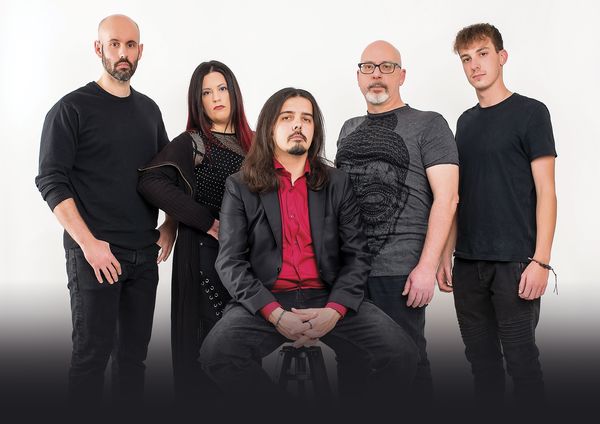 The fifth album by the Veronese prog band is a concept about fears and the bravery of man.

Dark Ages, the iconic Veronese band of the Italian progressive scene, has announced the release of its fifth studio album “Between Us”. The band was born in the late 1980s thanks to the unfaltering determination of guitarist Simone Calciolari.

Since then, the group has carried the banner of the progressive genre: a mix between classic rock and metal. “Between Us” is the latest work from Dark Ages, made in collaboration with the label Andromeda Relix.

The album is a concept born from the need to tell the story of the human condition; to show how, when facing extreme situations, a person can face their fears with determination and courage.

A “fairy tale” free from any definite characters or narrative constraints that allows every listener the chance to build their own story; to find their own personal meaning and subjective moral.

The album was recorded at the “Mago Studio” by Maurizio “Tachy” Fracchetti, sometimes affectionately regarded as the “6th member of the band” due to the deep friendship and respect that binds him to Dark Ages since 2010.

The distribution is entrusted to Ma.Ra.Cash Records while the graphics were created by keyboardist Angela Busato’s, Krake Promotion.

Photo by Davide Ederle. Singer Gianbattista “Jan” Manenti (from The Unity) appears as a special guest for the song “Showdown”.

Free from any constraint in composing and with a peculiar care for the arrangements, “Between Us” represents for Dark Ages a way to play with music.

Both guitarist Simone Calciolari, historic trademark of the band, and keyboardist Angela Busato, played a predominant role in songwriting and the choice of sounds.

Drummer Carlo Busato and bassist Gaetano Celotti had ample freedom to experiment with the rhythm section. Singer Roberto Roverselli with his peculiar theatricality that perfectly fits the band’s sounds worked on the lyrics.

“Between Us” represents a pivotal destination for Dark Ages after their debut album “Saturnalia” (1991), which still arouses the interests of collectors today, and the two-parts rock opera “Teumman” and “Teumman Part 2” (2011-2013), both set in ancient Assyria, which inspired a theatrical adaptation.

Prior to “Between Us” the latest album from Dark Ages was the enigmatic and introspective “A Closer Look” (2017).