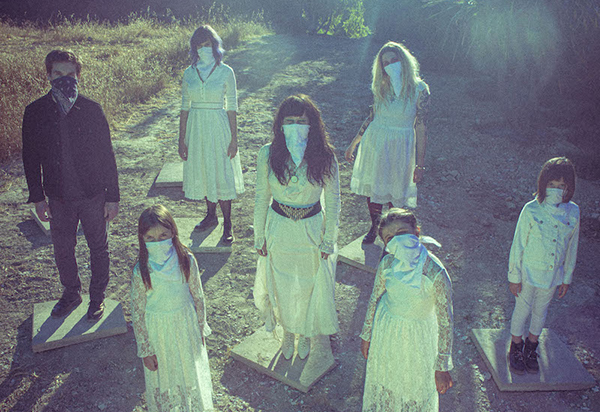 Death Valley Girls is sharing the title-track from the upcoming album online today. ‘Under the Spell of Joy‘ is due Oct 2nd via Suicide Squeeze Records.

Speaking about the new song, DVG’s Bonnie Bloomgarden said “‘Under the Spell of Joy’ is a space-gospel record. We believe we served as channels for what we think are guides. As we learn what the songs are about, we realize they are meant to be sang like chants, hymns, or spells. Most of the songs were recorded with 12 voices, including a kid’s choir! We are learning that words with intention and energy hold so much power, especially when said or sang with a group.”

Listen to “Under the Spell of Joy” here:https://www.youtube.com/watch?v=AUT0UZboEEY

‘Under The Spell of Joy’ artwork: