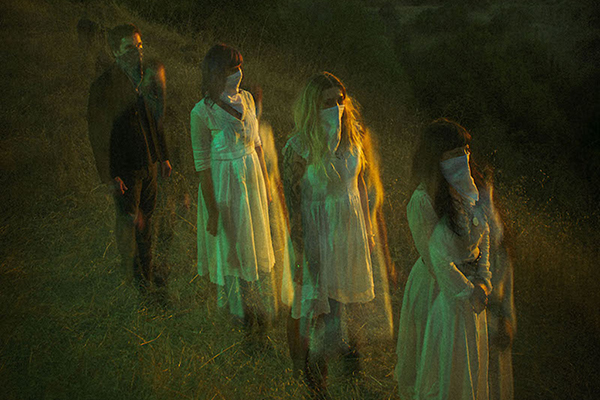 With their new album ‘Under the Spell of Joy’ set for release Oct 2nd via Suicide Squeeze Records, Los Angeles based Death Valley Girls are sharing their new single & video “Hold My Hand“.

Speaking about the new single, Bonnie Bloomgarden of Death Valley Girls said “Relationships are really tricky and can be super messy and complicated! I used to keep repeating the same mistakes over and over again. I realized it’s cause I thought relationships were an agreement you made with another person. And that meant giving away my power to the other person and letting them navigate our way along our path. Then I realized things either happen to you or for you! Any relationship you have is an opportunity to make an agreement with yourself! It’s a chance to learn to be more compassionate and to grow stronger and more powerfully into the person you want to be and are meant to be! Hopefully, the other person will help along the way and grow with you! If not, peace and next, please.”

‘Under The Spell of Joy’ artwork: