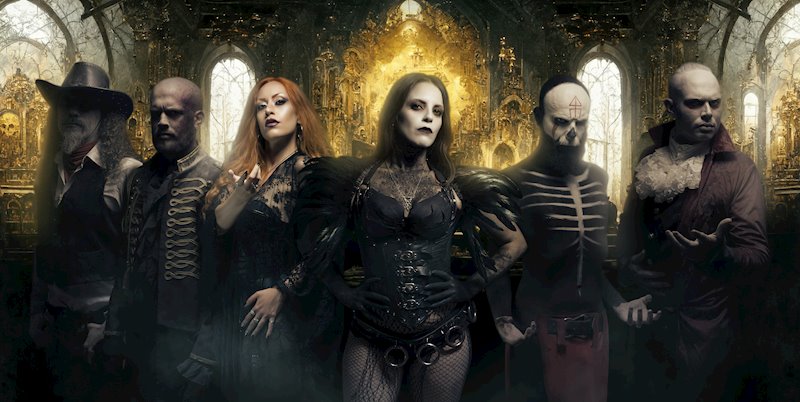 Deathless Legacy has released a video for ‘Ora Pro Nobis’ – third single taken from the new album ‘Mater Larvarum’, set to be released on December 9th.

‘Mater Larvarum’ marks the sixth seal of the Deathless Legacy discography in the ghostliest way ever.

Musically, the record ranges from classic heavy metal to gothic, symphonic and progressive metal, featuring sensual high and low female vocals and, as usual, some amazing atmospheric keyboards and orchestrations.

This time the story of the concept-album brings us in a world of feminine fierceness, creepy silences and shadows arising from the underground.

It’s a velvet-like, sexy and frightening feeling – something so powerful to twist your soul and forever paint it black.