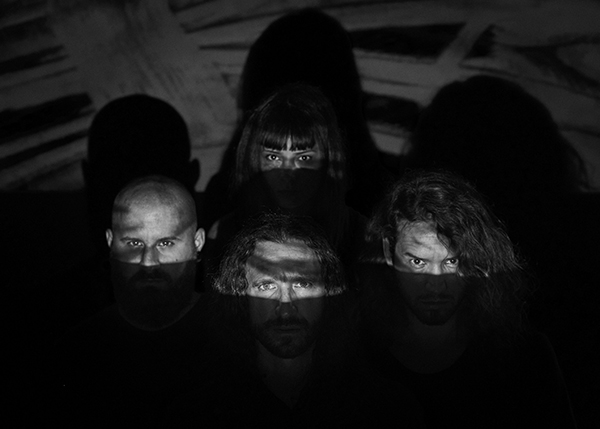 The new album “Johannes”, from French post black metallers DECLINE OF THE I, is available for streaming in its entirety, ahead of its March 26th release on Agonia Records. Listen to the album, at:

DECLINE OF THE I is a combination of multifaceted, post-black metal and exploratory lyrics, that dwell on topics of existential philosophy. Originating from France (Paris, Île-de-France), the band was created by AK, who descends from a rich portfolio of past and on-going acts (including Vorkreist, Merrimack, The Order Of Apollyon, Neo Inferno 262, Malhkebre and Diapsiquir), with DECLINE OF THE I being his most personal endeavor yet. While the band’s first three albums were inspired by the works of French surgeon and neurologist Henri Laborit, the new one – “Johannes” – pursues a different approach based on the output of Danish philosopher, Søren Kierkegaard, and opens a new trilogy for the band. All music and lyrics were written exclusively by AK, who recorded guitars, keyboards and some of the vocals. He’s surrounded by a full line-up of SI (vocals), AD (bass) and SK (drums).

1. A Selfish Star
2. The Veil of Splendid Lies
3. Act of Faith
4. Tethering the Transient
5. Diev Vide