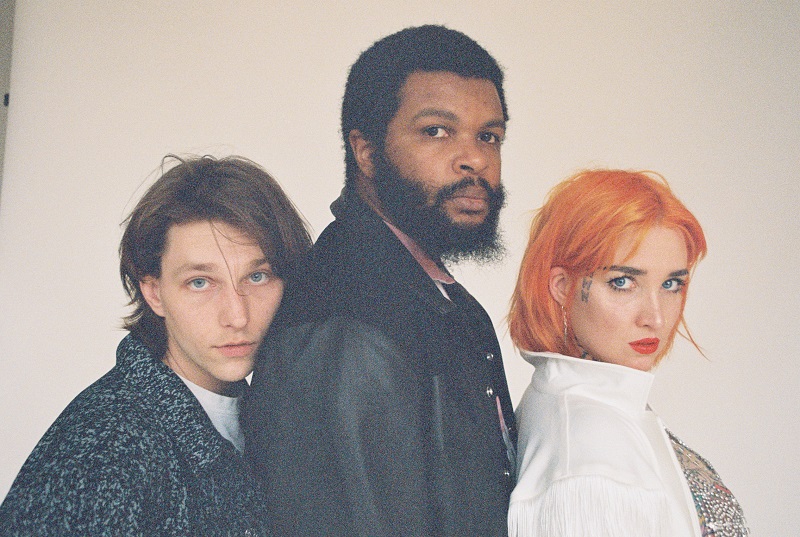 Chicago-based trio Dehd release a new single/video, “Flood,” from their new album, ‘Flower of Devotion’, which will be released on July 17th on Fire Talk.

Throughout “Flood,” polished guitar and a minimalistic drum beat resonate beneath Emily Kempf‘s immediately expressive voice. “Falling in love with someone is like becoming water,” says Kempf. “A flood is powerful, uncontrollable, devastating. Water can nourish or destroy.” Its accompanying video, directed by Kempf and Andrew Miller, is driven by Kempf‘s compelling choreography.

All other streaming links: https://ffm.to/dehdforever

Dehd is the Chicago-based trio of Emily Kempf (vocals/bass), Jason Balla (vocals/guitar), and Eric McGrady (drums). ‘Flower of Devotion’ sees the band coming to the international stage for the first time, following a European tour with Twin Peaks at the end of 2019.

Dehd went into the album’s writing and recording with clear minds, ready to take what they’d learned on their previous record, 2019’s ‘Water’, and refine it further. “The last record the vibe was ‘How minimal can it be? What’s the minimum that a song requires to succeed?’ This one was like, ‘How can we make this thing that’s really powerful?,” says Balla. Kempf clarifies: “We didn’t become more perfectionist. We’ve always been really scrappy, but we decided to polish our scrappiness just a little bit.”

That polish brings out the shining and melancholy undertones in Balla and Kempf’s songwriting, even as it captures them at their most strident. His guitar lines at times flirt with ticklish cosmic country, while at others they reflect the dark marble sounds of Broadcast. Kempf, meanwhile, establishes herself as a singer of incredible expressive range, pinching into a high lonesome wail, letting loose a chirping “ooh!,” pushing her voice below its breaking point and letting  it swing down there. When she and Balla bounce descending counter-melodies off one another over McGrady’s one-two thumps, or skitter off over a programmed drum pad, they sound like The B-52s shaking off heartache.

While they were writing the album, Kempf says, “we both went through hell, literally, and the world seems to be going through hell, too.” Balla experienced profound loss and all that comes with it: For him, the album is about “all the fixes you try to put on your problems,”he says, “struggling with bad impulses.” Kempf, for her part, cultivated the sense of self-sufficiency she craved, which forced her to confront her own need for attachment. “I’m obsessed with being with people, or I’ll have my identity attached to a partnership, whether it’s romantic or in the band,” she says. “How can I be utterly alone and chill?”

‘Flower of Devotion’ will be released on July 17th and is available to pre-order here: https://ffm.to/dehdforever