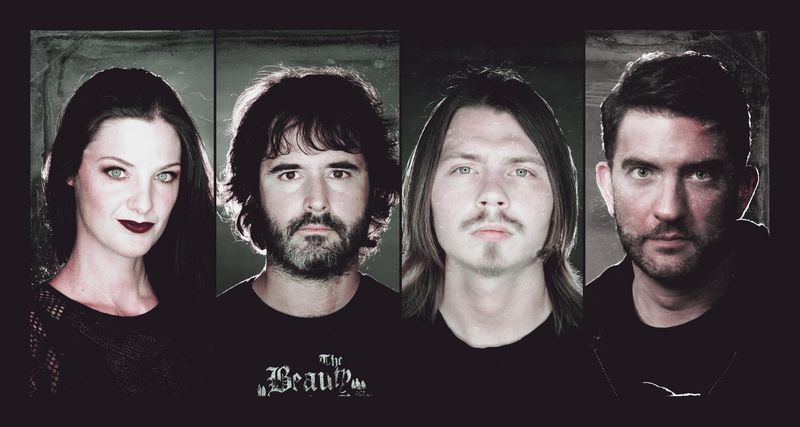 News
“One Step Higher” a stronger heart will guide my walk.

In anticipation of their long-awaited new album, Euphonic Entropy, DIABULUS IN MUSICA soars higher than ever before with the release of their newest single “One Step Higher”. The diverse and emotional song merges all the characteristics of the group’s sound. Electronic interludes, choral chants and heavier guitar-based sections create a captivating soundscape of self-discovery and confidence.

A lyrical call for freedom and determination, “One Step Higher” beautifully showcases both sides of DIABULUS IN MUSICA‘s musical personality – the darker, daring one, and the one of ambitious visionaries striving relentlessly towards their goals. The track tells the story of the persisting search of one’s ambitions and exploring the unknown through the poetic prism of dreams. Similar to other tracks from Euphonic Entropy, DIABULUS IN MUSICA highlights the importance of faith in our own abilities and intuition in regard to the challenge of changing the world and fulfilling our own dreams.

Singer Zuberoa Aznárez comments:
“”One Step Higher” is a bright look to the future, a song about personal growth and about embracing new stages of life with thrill. Despite the obstacles, our path is about overcoming them and finding the light again, making us stronger and wiser.” Listen To The Single On Every Available Streaming Platform Or HERE!

Euphonic Entropy is DIABULUS IN MUSICA‘s fifth studio album and their fourth to be released via Napalm Records. The band is back with their heaviest album to date and continue their way to the top while still retaining their roots. Such a positive view on daily hardships does not only make Euphonic Entropy a personal odyssey into their own experiences, but also a thoughtful lesson, showing the listener that even obstacles can bring us closer to our final goal, no matter how unreachable and intimidating they might have seemed at the very beginning.

Sometimes life itself can be the most beautiful inspiration for an artist. DIABULUS IN MUSICA singer Zuberoa Aznárez and her husband, keyboardist Gorka Elso, decided to fill their new album, Euphonic Entropy, with all the wonderful, yet chaotic emotions a new life brings. DIABULUS IN MUSICA‘s fifth and fully self-produced album mirrors the changes and blossoming beauty in the lives of the two band leaders after the birth of their second child and melts everything into thunderous and highly passionate symphonic metal. The album is bursting with power ballads, beautiful melodies and emotions. Songs like the infectious and ultra-melodic “Otoi” (featuring lyrics in Basque language) bewitch the listener’s senses. The intoxicating “The Misfit’s Swing” and the harmonic, soaring “One Step Higher” ensure a multi-faceted and thrilling adventure!