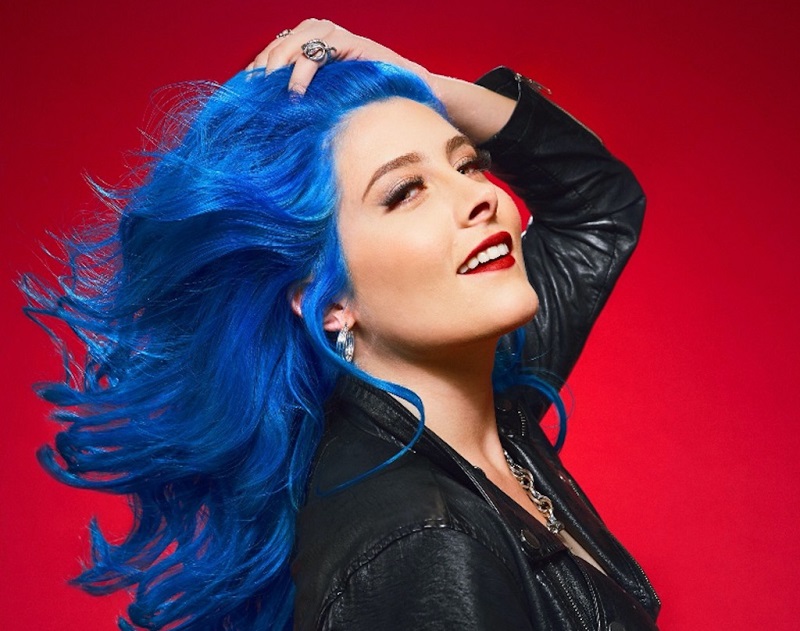 It generally takes over a billion years for a diamond to form. And yet, in just 24 years, Diamante has really begun to sparkle.

With her sapphire hair, a show-stopping voice, runway-ready fashion swagger, and empowering message. The Boston-raised and Los Angeles-based Mexican-Italian-American siren brings a new (and blue) fire to rock and alternative music.

Today, the singer has premiered the slice-of-domestic-life video for the title track of her latest masterwork American Dream at American Songwriter. Watch it here or here.

“‘American Dream’ is about a modern-day romance that feels like a romance from a classic Hollywood film,” Diamante tells American Songwriter. “The song is an ode to all things retro and is a love song to all my favorite classic Americana time periods. The video shows me as a ’50s-housewife-gone-rogue-mob-boss when my husband gets arrested. And I have to step in… it’s definitely one of the most entertaining videos I have done.”

She previously premiered the female-empowerment themed video for first single “Ghost Myself,” which exclusively premiered at Alternative Press.  Watch it here and here.

American Dream shows exponential growth from Coming In Hot — both sonically and with its raw authenticity. Proving that now more than ever that Diamante’s fearlessness to bare her soul in her music is what truly sets her apart.

“With American Dream, I was given the ultimate artistic freedom to express my most personal moments, stories, confessions, flaws, fears, hopes, mistakes, desires, vices, heartaches, and redemption. In a way I have never been able to in the past,” Diamante shares. “Every word on this album is my personal diary screaming in your face. This album has no limitations, restrictions, or filter, really. That’s why the music video for ‘Ghost Myself’ had to be equally raw and purposely gritty; it’s a song about being at war with myself. I knew there would be no better way to show this internal battle than through an underground fight club scene. Just between me, myself, and I.”