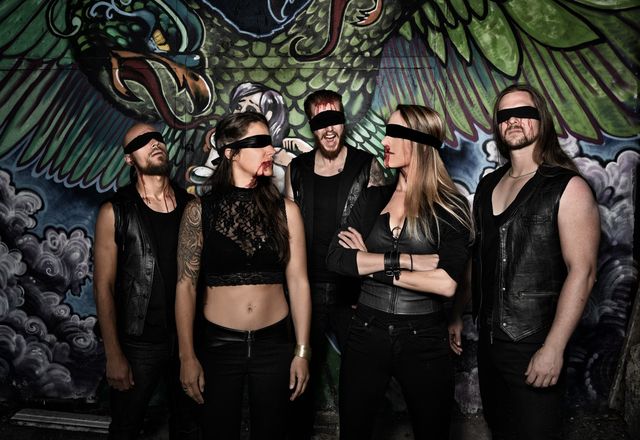 ‘Phobos‘ is the follow-up to 2014’s ‘The Deceived‘. With ‘Phobos‘, Dictated is leaving behind their known-path of ‘old-school’, and add the purest of misery without the loss of their blast-beat ethics.

Frank ‘Skillpero’ Schilperoort comments: “While writing drums for Lysso, a very diverse song and the fastest on the album, I went beyond the ‘usual’ blast beats & double bass. I dipped into my marching drum roots, as well as Hoglan/Reinert influenced cymbal work and Cavalera-like tribal drums. Be sure to watch till the end if you’re into Dirk blasts!“.