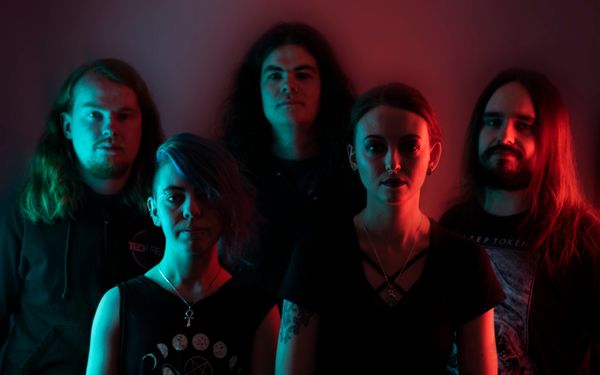 Eclectic cinematic metal outfit DISCONNECTED SOULS is preparing to unleash another addition to its smorgasbord of releases on August 5th, 2022. “Kintsukuroi” is the new extended single, including an instrumental B-side, that delves into a wealth of electronics, orchestral and oriental elements, entwined with their heavy sound.

“‘Kintsukuroi’ (金繕い), translated to English as “golden repair”, is a Japanese technique of repairing broken pottery with lacquer mixed with powdered gold – the gold fills in the cracks, emphasising the scars, and thus, embracing the history and newfound beauty of the object.

The people around me go through so many hardships in life, and I wanted to write that despite all the pain that they’ve been going through, I sorely wish that they will come out the other side stronger and more “beautiful” (in a metaphorical sort of sense).

I’m not usually one for writing positive lyrics; there’s a lot of bad in the world to write about; so this song took on a very bittersweet sound – soulful and melancholic, but mixed with hope of a gilded metamorphosis.”

DISCONNECTED SOULS’ sound is evolving and diversifying with each release, all the while maintaining a distinctive identity. The quintet thrives on embracing a vast array of influences, both musical and conceptual, to produce truly powerful music. “Kintsukuroi” is a thrilling cross-genre voyage into the depths of the, often incomprehensible, entanglement of darkness in our lives.