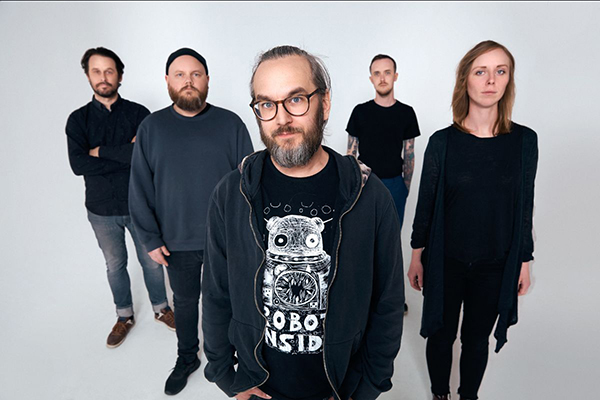 Döda Havet is back with a new mesmerizing prog rock album featuring eight intricate and thought out tracks! Their second album “Tid och rum” (Time and space) is officially out today, on the 28th of August, released by Gaphals Records. The focus track, “Atlantis mitt” has already been featured in Classic Rock Prog alongside it’s music video, out now!

After the band’s acclaimed, eponymous debut record and a handful of live gigs they decided to stay away from the stages and instead fully indulged in the creative process with the goal to make a strong sequel. The time has finally come to release that said sequel into the world.

The new album “Tid och rum” is ﬁlled with everything from soft piano melodies, heavy guitars and synthesizers to slow tempo vocals and mysterious lyrics that brings the listener on a journey of various emotions. The record is Döda Havet’s way to convey their depiction of the reality we know mixed with their own experiences, on a framework of melancholy, progressive rock.

The band consists of Peter Garde Lindholm (guitar), Julia Stensland Vinrot (keyboard), Martin Pettersson (drums), Lawrence Mackrory (bass guitar) and Staffan Stensland Vinrot (vocals/guitar/songwriter), who have all featured or are still featuring in different constellations on the music scenes in Uppsala and Sweden. Some of those are Besvärjelsen, Lastkaj 14 and F.K.Ü.

Just like the debut, the album is produced by the bands bass player Lawrence Mackrory. The album artwork is created by Prakash Khatri Chhetri.

“Tid och rum” is out now, released by Gaphals Records on Vinyl and Digital format.