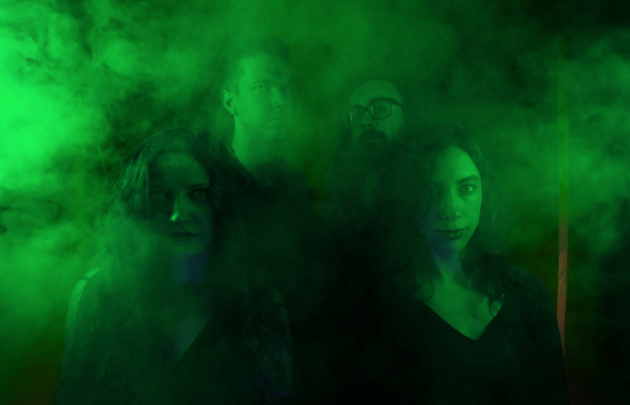 Featuring six brand new tracks spanning over 41 minutes, with their new album the band presents their most spellbinding musical feature yet. With riveting vocal performances, ferocious grooves, and soaring synthesis, the quartet offers a familiarity to the melodic awe of previous records “Lifewoven” (2013) and “Bridging Realms”(2015) as well as the dark complexities within “A Wake In Sacred Waves” (2017) and “Emergence”(2019), but with a beautifully fresh perspective in writing, production, and performance.

The band comments: “Gears of Violent Endurance is a reflection on the continual cycle of human violence throughout the ages. Despite our ability to do better, the human ego continues to entangle us in war and atrocities world wide. We hope to elevate the idea that kindness and patience is key to a better life and the sustainability of our world.“

The Endless was produced, mixed, and mastered by Pete de Boer of World Famous Studios. Artwork by Reza Afshar, photos by Frank Guerra, and design by Arcangel Impressions, Shane McCarthy, and Kelly Schilling.

Furthermore, the band, who just recently completed an epic performance at the legendary Fire In The Mountains Festival, will soon embark on an extensive North American tour in support of psych rock masters ELDER. Tickets are on sale now and the dates are as follows: