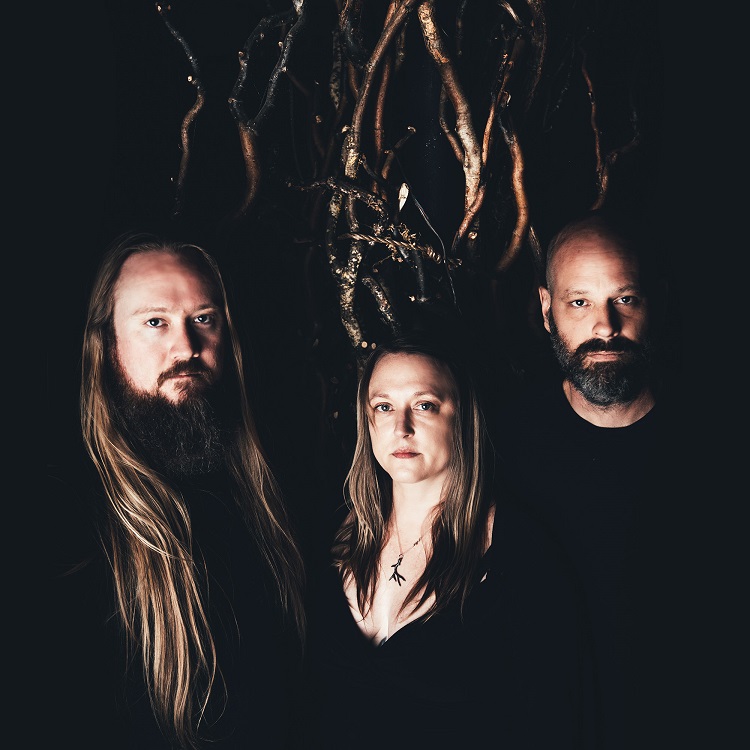 EIGHT BELLS have signed a multi-album deal with Prophecy Productions. The avant-garde doom trio from Portland, Oregon will return in 2022 to release their third full-length via the label, which will also reissue the US-band’s existing catalogue.

EIGHT BELLS comment: “I am excited about this new relationship with Prophecy Productions along with having the opportunity to reach further into a European audience”, states singer and guitarist Melynda Jackson. “My goal all along has been to release a new album since our last one in 2016 and although it took a while to find the right combination of musicians. I thankfully have that now and am grateful to put out another album with people whom I love.”

Martin Koller adds: “When I discovered Eight Bells at the Psycho Las Vegas festival, I was immediately hooked”, tells the founder of Prophecy Productions. “Particularly their unique way of letting emotive vocal harmonies shine brightly above a sublimely intelligent dark metal foundation was striking. I am therefore stoked to welcome Eight Bells to the Prophecy family!”

EIGHT BELLS were conceived as the brainchild and songwriting project of Melynda Jackson in 2010. The guitarist and vocalist named the band after the final album of her previous act, SUBARACHNOID SPACE. While the trio evolved through several line-up changes in the beginning, Melynda is now supported by vocalist and bass player Matt Solis  (CORMORANT, URSA) Brian Burke (NO SHORES, CAVE DWELLER) on drums.

EIGHT BELLS breaks from the pack by exploring the natural tones and grand visions of the 1970s as reflected in the influences that she cites, which include early prog and krautrock trailblazers such as GENESIS, AMON DÜÜL II, POPOL VUH, MAGMA, RUSH, the ambient minimalist composers in the realm of BRIAN and STEVE REICH as well as the progressive ends on the spectrum of black, doom, and death metal such as ENSLAVED, ULVER, DEATH, YOB, and EMPEROR to name but a few.

Following the release of the “Isosceles” EP (2011), EIGHT BELLS, gained international recognition for their debut album “The Captain’s Daughter (2013)” and tour support for SUBROSA across North America. With their sophomore full-length “Landless” (2016), EIGHT BELLS consolidated their reputation as one of the up and coming acts, joined VOIVOD in the US and received an invitation to Psycho Las Vegas, which the trio gladly accepted.

Currently, EIGHT BELLS are preparing for the release of their third full-length via the label in early 2022.