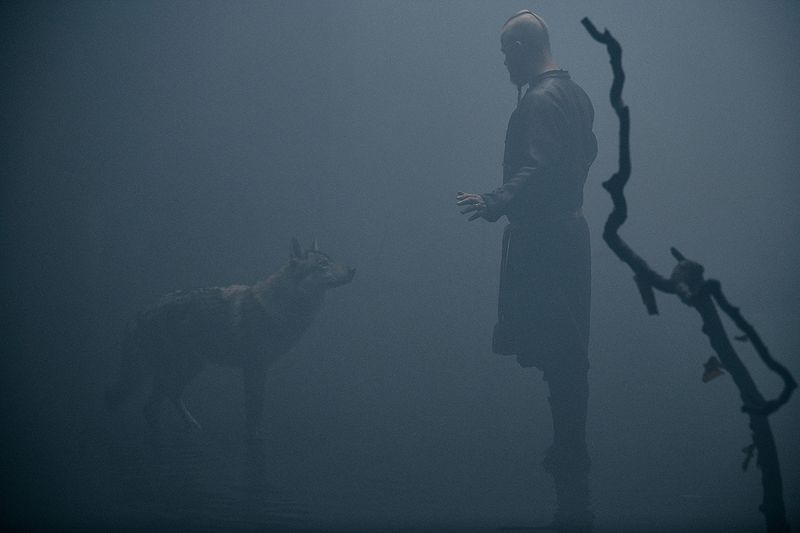 EINAR SELVIK–the Norwegian composer, musician and creative mastermind behind the Nordic folk band WARDRUNA, who use of a wide range of old Nordic instruments and lyrics placed in a contemporary soundscape to musically interpret Old Norse and Nordic traditions–has an exciting week ahead.

Einar will perform one of his most iconic songs, “Voluspá,” with The Bergen Philharmonic Orchestra and the Norwegian vocal ensemble The Edvard Grieg Kor as part of the opening ceremony on Wednesday, May 20 for the Nordvegen festival held at the medieval Royal Feasting Hall, Håkonshallen, in Bergen, NO.

Einar will also appear for a full performance on Thursday, May 21 where he will perform songs over the span of his career-including WARDRUNA‘s new single, “Grà“–while being joined by numerous guests including Bjornson, members of Enslaved and Wardruna band member Lindy-Fay Hella. The concert will take listeners on a musical journey outside Wardruna‘s usually massive soundscape, and instead present a more stripped-down and direct expression where song and instruments such as Kravik-lyre, Bowed Lyre and Hardanger-fiddle play key roles. The Nordvegan festival, which was co-created by Einar and Ivar Bjørnson (Enslaved), will be live streamed at https://www.fib.no/en/einarselvik. Full details and times can be found below.

Einar has gained worldwide recognition for his massive musical contributions to History Channel‘s TV seriesVIKINGS–which consists of over 60 placements and substantial work on the show’s musical score. Einar recently revealed that he will be composing music for the popular video game series Assassin’s Creed Valhalla, along with the game’s composers Sarah Schachner and Jesper Kyd. Stay tuned for more information in the coming months.

Watch the livestream at this link: https://www.fib.no/en/einarselvik