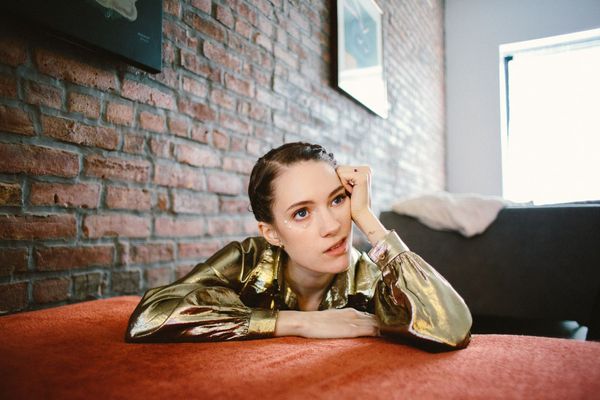 “How Am I Still Holding On”

Brooklyn-based indie-pop songstress Elizabeth Wyld has shared her newest single “How Am I Still Holding On”, out now. The track, produced by Zach Jones and Oscar Albis Rodriguez, was the first track ever written by Wyld on a piano and marks a shift in the many sounds she has been exploring. Vocals, piano, and drums on “How Am I Still Holding On” were all recorded live in one take.

“How Am I Still Holding On” is available to stream now at https://ffm.to/howamistillholdingon

On the new release, Wyld shares: “’How Am I Still Holding On’ is loosely based on Marie-Andree Leclerc who met a man in Thailand in 1975 called Charles Sobhraj. She fell madly in love with someone who would turn out to be a serial killer and fraudster. She’s not exactly innocent– She became his accomplice. But I think she did it out of fear. When your life is in danger your survival instinct kicks in.”

Elizabeth Wyld is an indie-pop singer and songwriter from Virginia. Queer identifying, her infectious confessionals deal with identity, lust, and growing up gay in rural America.

In 2021 she stepped forward with her debut album, Quiet Year, a seven-song record lushly layered with vulnerable ear-worms and pristine and purposeful lead vocals.

Quiet Year tells the story of Wyld’s experience with a paralyzed vocal cord that left her unable to sing or speak. Previously a musical theatre actress, she was forced into silence for the better part of a year, during which time she recast herself in an authentic life.

“I spent my whole life playing characters and when that was taken away from me, I realized that I didn’t really know who I was. So I started writing Quiet Year to figure that out,” the Brooklyn-based artist shares. Quiet Year garnered praise in The Deli Magazine, Out Front Magazine, V13, Nusound, and more. Forbes called her live performance “fierce and ethereal.”