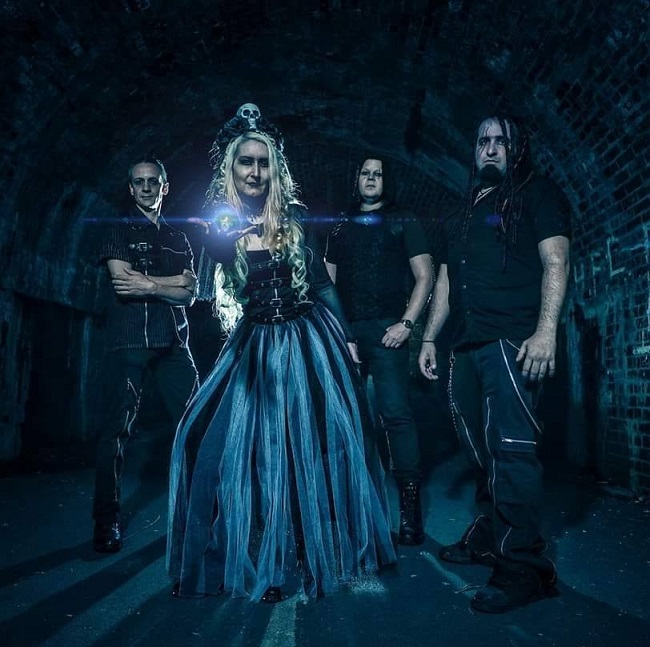 Recently recorded a 10-track album called “Black Spiders” under Symmetric Records and a Music video to accompany the title track with Loki Films.

The album produced & mixed by Bob Katsionis (ex-Firewind, Outloud) is due to be released on Halloween and they are hoping to fill the end of the year and next with shows as they prepare to release more music videos for future releases.

In 2004 a creepy little doll named Little Miss Carla discovered that when she sang, she could hypnotize people into submissive creepy little dolls like herself that would dance themselves into a frenzy, doing whatever she commanded, spreading her hypnotic power further.

Her desire to control the world was great, so she made enchanting, dark, and twisted music to spread across the entire land.

As the years went by Little Miss Carla became lonely and was losing power. So, she decided to find the most twisted and darkest puppet’s she could to help her spread her darkness further than before. Chaotic Chris was taken control of first to spread his rhythmic terror. Then came Trevor the Terrible who’s rumbling thunderous tone would echo through the world. Then came Master Marios who’s distorted destruction would shatter the will of all who stood before him.

Her plan worked, she could feel her power growing again. They played night and day until one day a rabbit plague spread across the land, killing most of her creepy little doll army. Her power grew weak once more. This did not deter Little Miss Carla. She knew what had to be done. She had to make music darker and creepier. In just 14 months she created ten mystical sounds that helped eradicate the plague and her darkness reigned supreme again.