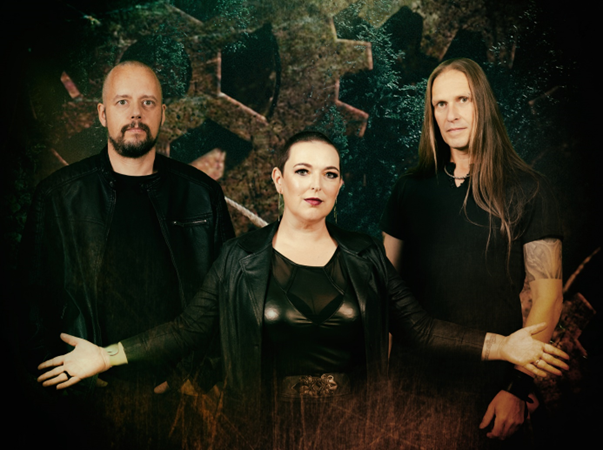 Melodic metal band ELUSION released their second album ‘The Fundamental Paradox’ on the 13thof January ’23. The song “Acrimonious” is the third single and shows yet another side of Elusion where rythmic guitars, pounding drums and vast orchestrations are unified in a catchy song.

Elusion was founded by musical centipede Domingo Smets (ex-ANCIENT RITES, ex-AGATHOCLES). The band is completed by Evy Verbruggen on vocals and Frederik Van Mieghem on drums.

“The song is about how you can choose how to deal with difficult situations in life. You can decide to let these downfalls consume you or you can choose to grow, let these experiences make you stronger and leave them in the past.”

Recorded and mixed at The Rock Studio by Domingo Smets.