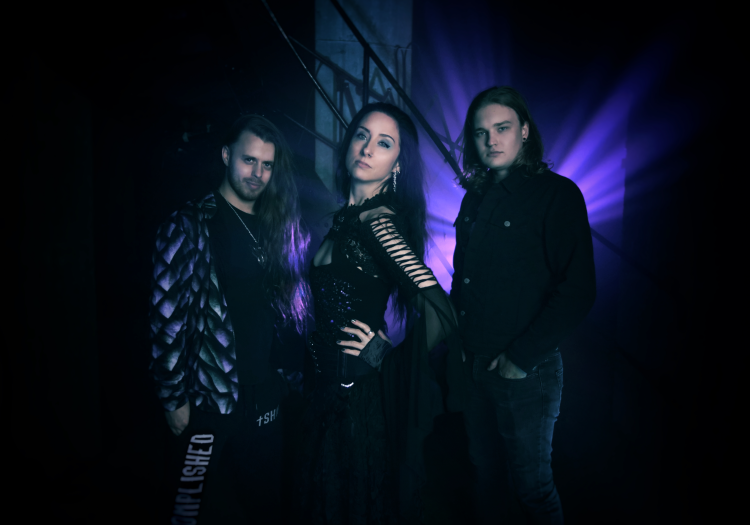 Danish/Swedish symphonic metal act ELYSATIUM is releasing their fifth single. With a drive larger than life, composer Steen Caspersen of ELYSATIUM kept struggling with huge technical challenges for more than a decade, building a studio powerful enough to create the symphonies of ELYSATIUM. Another 7 years was spent searching for the vocalist that was just right to accompany the soundscapes. All the while Stine Grove, vocalist of ELYSATIUM, was having momentum as a singer/songwriter in the trance scene, receiving support from MTV, BBC Radio 1 and the world’s DJ elite (Armin van Buuren, Paul van Dyk, Tiësto etc.) and hitting #1 on iTunes Romania above Justin Timberlake and P!nk.

In his search, Caspersen stumbled upon Grove’s website and felt that she could be a match. However, doubtful that the trance vocalist would like symphonic metal at all, he didn’t reach out to her. And the idea was archived… 6 months later, by chance Grove came across Caspersen’s video ad searching for a vocalist. She felt instantly drawn to the powerful music showcased and Caspersen’s obvious drive. She had always had a soft spot for symphonic metal, but having sparse time for other projects than trance, she did nothing but “like” Caspersen’s post. However, that “like” was enough encouragement for Caspersen to finally get in touch with Grove.

After writing back and forth for more than a year, they finally met. When Caspersen played all his compositions to Grove in his studio, she instantly knew that she had to get her priorities right: This project was something very special, and she needed to be a part of it! For the last two years ELYSATIUM has been finalizing their debut album while building a fan base and taking the DIY process to the extreme, doing everything themselves. And now, finally after 16 years, the time has come for ELYSATIUM to break the silence with the release of their fifth single ‘My Nothingness’ – a high-energy tune with heavy guitars, dynamic vocals and cinematic symphonies.

About the song: The song is about throw-away culture and how we use material things to fill our inner void. The track is driven by heavy guitars, symphonies and storytelling vocals.