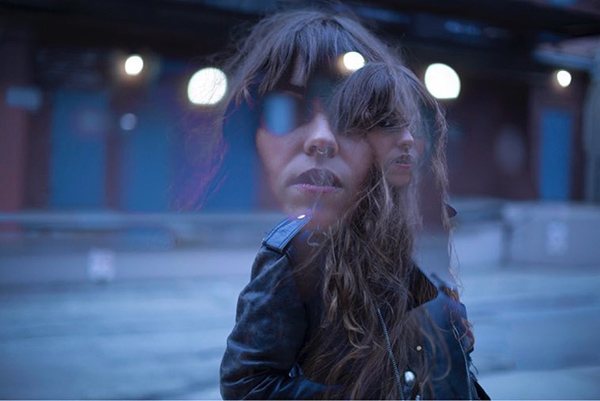 Emma Ruth Rundle’s forthcoming Engine of Hell is stark, intimate, and unflinching. For anyone that’s endured trauma and grief, there’s a beautiful solace in hearing Rundle articulate and humanize that particular type of pain not only with her words, but with her particular mysterious language of melody and timbre.

The album captures a moment where a masterful songwriter strips away all flourishes and embellishments in order to make every note and word hit with maximum impact, leaving little to hide behind.

A gentle melancholy piano line introduces album opener and lead single “Return,” and when Rundle finally sings, every syllable guided with the utmost intention, she unleashes the ominously cryptic opening lines “A rich belief that no one sees you / Your ribbon cut from all the fates and / Some hound of Hell looking for handouts / The breath between things no one says.” The ambiguity may obscure the muse, but it doesn’t diminish its heaviness.

“Return” is available today via Sargent House and comes accompanied with a striking and introspective video directed by Rundle herself. The visual was heavily inspired by Jean Cocteau’s ‘Orpheus’ and Wim Wenders’ ‘Wings of Desire’, and gives nods to other films and images.

Of “Return”, Rundle unfolds, “An examination of the existential. A fractured poem. Trying to quantify what something is definitely about or pontificating on it’s concrete meaning defeats the purpose of art making. I’m not a writer. I make music and images to express things that my words cannot convey or emote.

I’ve been studying ballet and the practice of expression through movement, which I incorporated into the video. I choreographed a dance to the song – some of which you see. Pieces show through.

Since completing ‘Engine of Hell’, I’ve stepped away from music more and more and into things like dance, painting and working on ideas for videos or little films. ‘Return’ is the result of the efforts.”

Emma Ruth Rundle has always been a multifaceted musician, equally capable of dreamy abstraction (as heard on her debut album Electric Guitar: One), maximalist textural explorations (see her work in Marriages, Red Sparowes, Nocturnes or collaborations with Chelsea Wolfe and Thou), and the classic acoustic guitar singer-songwriter tradition (exemplified by Some Heavy Ocean).

But on Engine of Hell, Rundle focuses on an instrument that she left behind in her early twenties when she began playing in bands: the piano.

In combination with her voice, the piano playing on Engine of Hell creates a kind of intimacy, as if we’re sitting beside Rundle on the bench, or perhaps even playing the songs ourselves.

Sonically she captures the imperfection and the vulnerability of humanity.

“Here are some very personal songs, my memories, me teetering on the very edge of sanity dipping my toe into the outer reaches of space and I’m taking you with me and it’s very f****d up and imperfect.”

The instrument of Rundle’s childhood is the perfect vehicle for an album that is essentially a collection of memories from her youth, though one doesn’t need to dig too deep to realize Engine of Hell isn’t some saccharin nostalgia trip. As the album progresses, it becomes apparent that Engine of Hell is more memoir than pure poetry.

On the soft-spoken acoustic guitar ballad, “Blooms of Oblivion” we’re given more explicit details. “Down at the methadone clinic we waited / hoping to take home your cure / The curdling cowards, the crackle of china / you say that it’s making you pure.”

It gets even heavier on the album’s third song “Body,” where Rundle recounts a childhood memory of seeing a deceased family member wheeled away by strangers.

The memories and their accompanying songs aren’t always steeped in grief. “Dancing Man” is one of the most delicate and somber songs on the album, with its sleepy cadence and hushed delivery giving it a distinctly dream-like quality.

Yet the song serves a positive purpose: it chronicles a cherished memory of Rundle dancing with a friend—an experience she returns to in dark moments when she needs the reminder of “perfect days with this perfect love that exists in a space which can never be taken away from me, can never be ruined, can never be changed.”

“For me this album is the end of an era to the end of a decade of making records. Things DO have to change and have changed for me since I finished recording it.” In essence, Engine of Hell signifies a major turning point for Rundle as both an artist and as a person.

The catharsis of this type of songwriting has effectively served its purpose, and to continue ruminating on the past going forward is less of a healing process and more like picking at a scab and refusing to let it heal.

This may help explain why Rundle is less than enthusiastic about divulging the details about her muses, but it doesn’t alter the fact that these songs served a purpose in their creation, and that they may continue to bring comfort to others.

Engine of Hell sees its release November 5 on Sargent House.