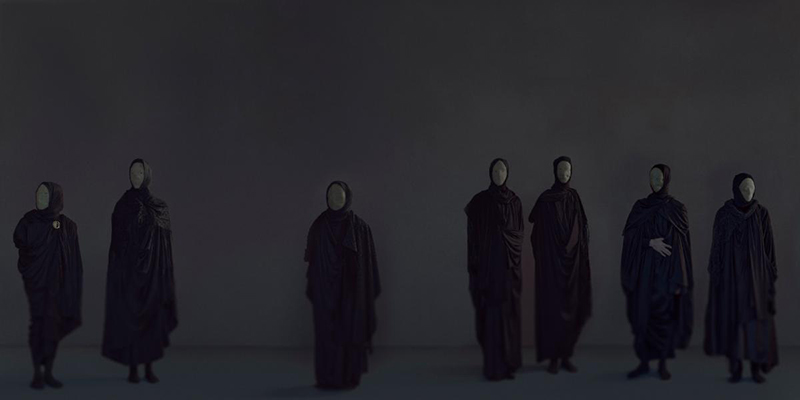 On the heels of their full length collaboration, Thou and Emma Ruth Rundle (appearing courtesy of Sargent House) are releasing a companion EP, The Helm of Sorrow, which includes additional songs from the sessions from the collaborative project. Today they’ve shared its single “Hollywood” along with a short video Elysian Fields by Thou’s Mitch Wells.

The four songs that make up The Helm of Sorrow were included in the diehard edition of May Our Chambers Be Full and will be available as a standalone EP on January 15th in addition to digital retailers via Sacred Bones as part of the label’s Alliance Series. To pre-order go here.

The Helm of Sorrow Track Listing:

While their solo material seems on its face to be quite disparate, both prolific groups have spent their lauded careers lurking at the outer boundaries of heavy scenes, each having more in common with DIY punk and its spiritual successor, grunge. The debut straddles a similar, very fine line both musically and thematically. While Emma’s standard fare is a blend of post-rock-infused folk music, and Thou is typically known for its downtuned, doomy sludge, the conjoining of the two artists has created a record more in the vein of the early ’90s Seattle sound and later ’90s episodes of Alternative Nation, while still retaining much of the artists’ core identities.

The visual art accompanying this work was created in collaboration with preeminent New Orleans photographer Craig Mulcahy. The faceless, genderless models are meant to emphasize this pervasive state of ambiguity and emotional vacillation, the images falling somewhere between modern high fashion and classical Renaissance.

LISTEN & SHARE MAY OUR CHAMBERS BE FULLBANDCAMP, SPOTIFY, APPLE