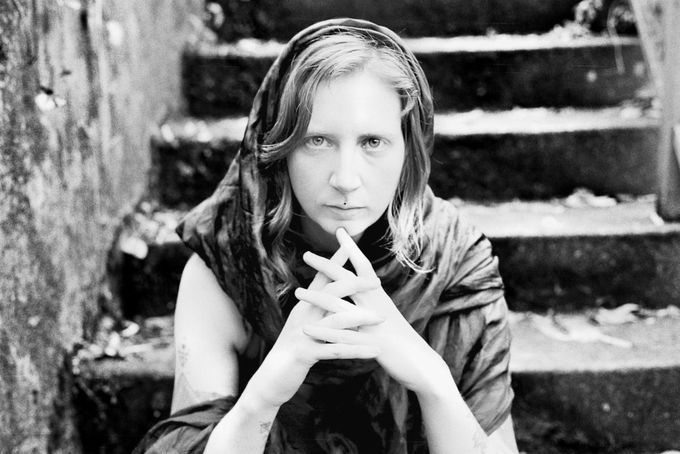 “This track comes from a place of primal yearning for human contact and the pain that seethes in absence of deep, safe, sustained touch. It is a cry for building a culture of platonic physical intimacy, for helping to feed each other’s bodies with a most basic element of nourishment.” — ENTRAIL

Stream ENTRAIL’s “Craving” at THIS LOCATION

Eater Of Starlight is the impending new full-length from Cascadian experimental drone project, ENTRAIL. Set for release next month via Scry Recordings, Eater Of Starlight broods, simmers, and explodes in short bursts of emotive vocals (“Rain”) and brash, inventive strings (“Craving”) punctuated by throbbing synthesizers. Dwelling in spiritual residence with Slint, Jarboe, and Bohren & Der Club Of Gore, on this third release, ENTRAIL feels like an outpouring of the artist’s soul for listener resonance.

In advance of Eater Of Starlight‘s official unveiling, BrooklynVegan offers up an exclusive premiere of “Craving.” Issues ENTRAIL of the hymn, “This track comes from a place of primal yearning for human contact and the pain that seethes in absence of deep, safe, sustained touch. It is a cry for building a culture of platonic physical intimacy, for helping to feed each other’s bodies with a most basic element of nourishment.”

Lose yourself in ENTRAIL’s “Craving,” now playing at BrooklynVegan, at THIS LOCATION.

Eater Of Starlight was captured by Ethan Camp and mastered by M.S. Waldron with art by ENTRAIL and Adam St. John. The record will be released on limited cassette and digitally via Scry Recordings October 1st.

For preorders and to stream first single, “The Cup,” go to THIS LOCATION.

ENTRAIL emerges from the gloom-shrouded Pacific Northwest with vocal drone and ethereal soundscapes that haunt and challenge. Combining violin, voice, bass and synth, ENTRAIL‘s sound is as broad as its musical history. playing in crust bands, booking DIY spaces, and attending music school for violin and composition, ENTRAIL graduated to this moody, dynamic solo project of present. Over the last five years, ENTRAIL has shared stages with the likes of Neurosis’ Scott Kelly, The Body, Dispririt, Yob’s Mike Scheidt, and Aerial Ruin.

Notes ENTRAIL, “This album for me was a falling-upward into an offworld headspace. I felt ungrounded and found myself conveying the terror of that journey. My intention, when I started writing this music, was to offer some kind of healing after my last album, which was focused on themes of impending ecological collapse. What came out though was more catharsis, more darkness. I cannot offer resolved healing through this music because I am not there yet myself – I still have to work with these demonic sensations; I still have to find my way back to Earth after dissociating from it so hard.”