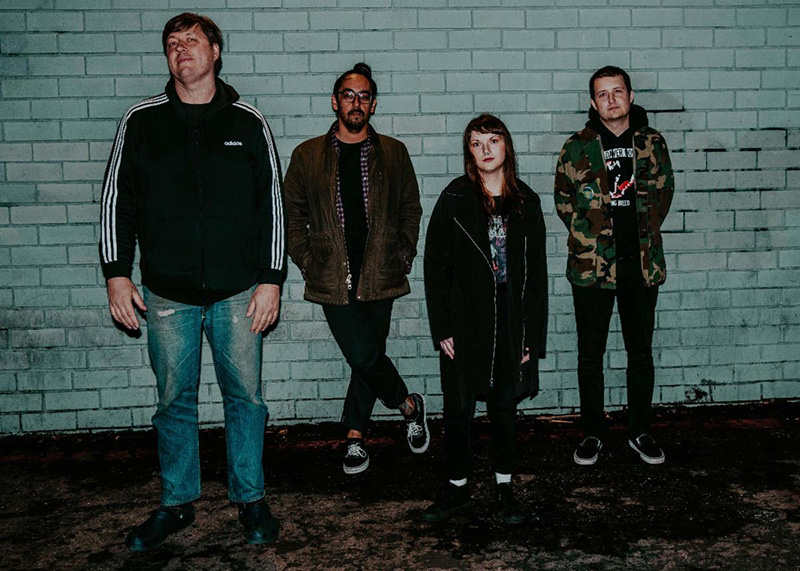 As a collective, the members of ENTRY passionately believe in the power of punk and the uniting nature of music, and with Detriment,they reflect themselves and their community with integrity and authenticity. The follow-up to their sold-out No Relief 7″ released on Dune Altar, ENTRY‘s Detriment LP is succinct and ferocious. Detriment is a diverse album which provides a breath of fresh air to the genre. The album showcases the band’s appreciation for different aspects of punk and hardcore, and their imaginative songwriting that is condensed into nine concise musical statements of intent.

ENTRY‘s Detriment was recorded in Los Angeles by the band’s Sean Sakamoto and Christopher Dwyer, mixed by Christopher Dwyer, and mastered by Will Killingsworth at Dead Air Studios. The album is completed with photography by Katie Krulock and layout by Emma Maatman.

Writes vocalist/lyricist Sara G about the new single, “‘Selective Empathy’ is about the struggle many of us have with our parents who once told us to be kind and accepting to everyone but now support ideas contrary to that. I think this issue has been exacerbated by the widespread use of social media for news and information sharing.”

Revolver writes, “Los Angeles, California-based hardcore punk band ENTRY are gearing up to drop their debut, nine-track full-length, Detriment, on July 17th via Southern Lord Recordings. Today, the band – which includes Touché Amoré guitarist Clayton Stevens – have teamed up with Revolver to premiere their ruthless new cut ‘Selective Empathy.’ Stream it below and make sure you stick around for the head-smashing breakdown.”

Southern Lord will release Detriment on vinyl and digital formats on July 17th. Find digital preorders where “Your Best Interest” is streaming HERE and watch for physical preorders to post July 3rd HERE and HERE.

Inspired by the likes of Discharge, Minor Threat, Converge, Tragedy, The Cramps, and The Exploited, ENTRY started as a project between Sara G – whose musical origins come from punk bands in Pennsylvania – and Clayton Stevens, who also plays guitar in Touché Amoré on Epitaph Records. Bass player Sean Sakamoto plays in the indie pop band Sheer and is a recording engineer in Los Angeles, while drummer Chris Dwyer is also a recording engineer in LA. The punk community at large is as inspiring as it has ever been to them. ENTRY has played the Olympia Hardcore Festival, and Ceremony’s Homesick Festival in Los Angeles, and has opened for Career Suicide, Krimewatch, Sunn O))), Dangers, Despise You, Sect, and Show Me The Body, and many others.