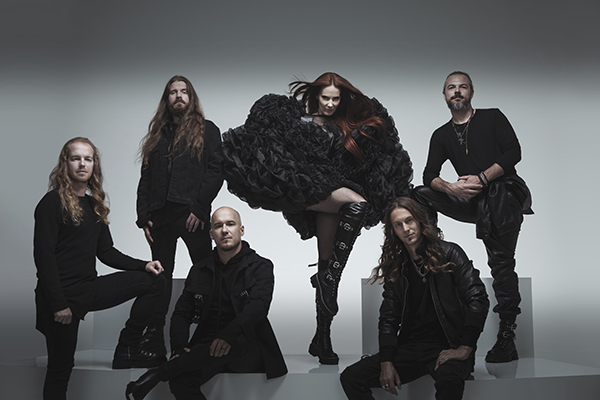 Dutch symphonic metal giants EPICA recently announced the release of their new album “Omega”, out on February 26th 2021 via Nuclear Blast. “Omega” is the band’s first studio album in five years. Recently, the band have released a music video for their mesmerizing third single, the ballad ‘Rivers’ and today, they reveal their 13th vlog episode, discussing the single more in-depth.

Simone Simons comments: “‘Rivers’ is written by Rob van der Loo. A beautiful, intimate ballad that I immediately felt a connection with. Writing the lyrics for ‘Rivers’ went really fast. A fun fact is that the working title was ‘Rivers’ and there was no other name that fit the song better. Normally we change the working titles of the songs, but not in this case. The video recordings took place in Esslingen, Germany. Jens de Vos and I spent one day in the studio for the video recordings. It was a messy shoot with all the glitter and water, but the result is worth it!`“

Watch the video for ‘Rivers’ here: https://youtu.be/3rW7Vpep3II
Get the single digitally, here: http://nblast.de/Epica-OmegaDSP