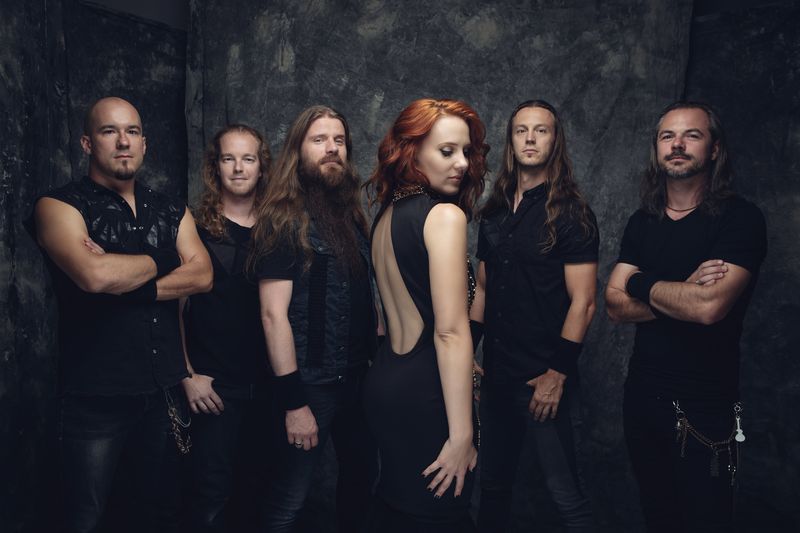 Simone Simons comments “Our highly acclaimed album Design Your Universe is 10 years old and that calls for a celebration. And of course the US and Canada should be part of our anniversary tour as well! We will be doing some exclusive shows where we will be playing many DYU songs. I hope you’ll come and join the party!”

In support of this special tour NUCLEAR BLAST will re-release Design Your Universe as a GOLD EDITION containing a remastered and remixed version of the album and a newly recorded acoustic bonus disc. The GOLD EDITION will be released October 4th.

VIP tickets are on sale now and the general pre-sales will start this Friday at 10:00 am local time through: www.epica.nl/tour

Dutch Metal titans EPICA are celebrating the 10th anniversary of their milestone album Design Your Universe. To mark this special occasion, EPICA will be re-releasing this fan-favorite album as a Gold Edition on October 4th through Nuclear Blast. This edition will contain the album remixed and remastered by Joost van den Broek with updated artwork and a 2nd disc containing newly-recorded acoustic versions of DYU songs.

Simone Simons comments about the re-release: “Design Your Universe is an album that is very dear to me not only because of the music, but also because of the message behind it. I am looking forward to the anniversary release and all the upcoming shows. The bonus CD is a worthy addition to DYU and I can’t wait for you all to hear the songs!”

Design Your Universe will be re-released as a 2-CD version and a digital version. Next to that the acoustic songs will be released as a separate Picture Disc. Pre-order will start on August, 9th.