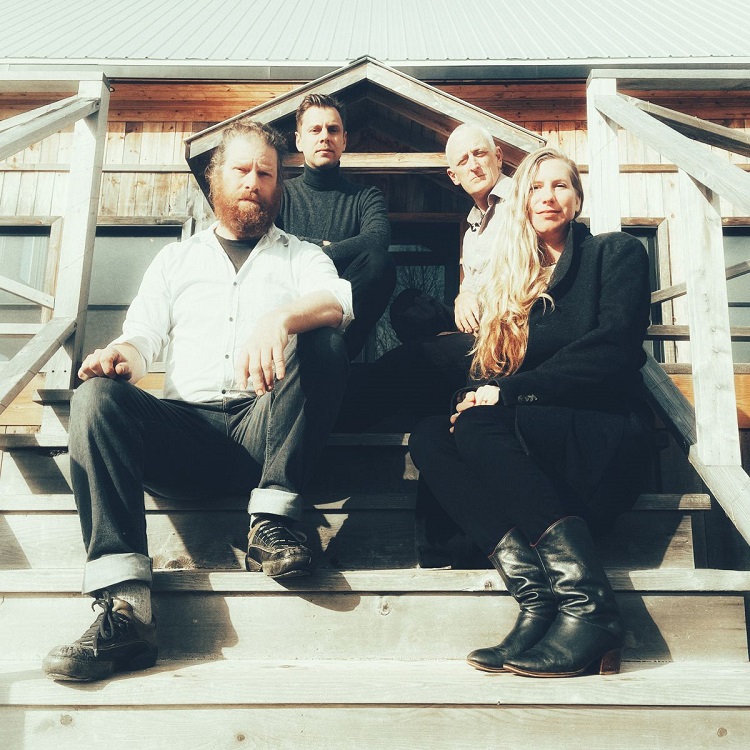 As Constellation enters its 25th anniversary year the label is thrilled to announce the new album from modern chamber ensemble Esmerine, a band at the heart of Constellation’s longstanding Montréal musical community.

Esmerine surprise-dropped Everything Was Forever Until It Was No More digitally last Friday May 6th. Deluxe 180gLP & CD editions will hit stores via Constellation + Secretly Distribution on official release date 26 August 2022.

Rooted in a distinct and immediately identifiable sound—with the cello of Rebecca Foon (Saltland, Set Fire To Flames, Silver Mt Zion) and the marimba of ex-Godspeed You! Black Emperor percussionist Bruce Cawdron at its core—Esmerine has for two decades embroidered emotive chamber works using threads of post-classical, post-rock, Minimalism, neo-Baroque, jazz, pop and a wide array of folk traditions. Multi-instrumentalist Brian Sanderson, who joined the group in 2012, has furthered Esmerine’s melodic and ethnomusicological sensibility ever since, expanding the ensemble’s palette as its third core member with guitars, ngoni, ekonting, hulusi, brass horns of all sorts, and more.

Following an acclaimed run of mid-career records on Constellation through the 2010s, Esmerine began working on new music at decade’s end. Under the auspices of a grant from the Canada Council for the Arts and a summer 2019 residency at Le Château de Monthelon in France, many new musical seeds were planted before the pandemic rooted everyone in place. In between lockdown waves, at the respective rural Québec homesteads of Cawdron and Foon, longtime co-producer Jace Lasek (The Bernard Lakes) began capturing the band in various stripped-down configurations with spartan remote equipment. More fulsome arrangement and overdub sessions at Foon’s converted barn during the summer of 2021 brought the album to full fruition—where a notable increase in the use of acoustic piano also poured forth, with just about every band member having a go. These recordings also signalled the definitive integration of bassist Philippe Charbonneau—having joined Esmerine as a touring member pre-pandemic, he plays throughout the new album on upright and electric bass, with turns on piano and synth, as well as sound design contributions via tape echo and other processing.

Everything Was Forever Until It Was No More channels existential tensions between atmosphere and airlessness, seclusion and claustrophobia, forbearance and coalescence. In many ways it is one of Esmerine’s most restrained records; instrumental densities ebb and flow, melding into each other with gauzy timbral warmth, sometimes tracing fleeting tendrils outwards, but always rotating around a saturnine gravitational force. Everything Was Forever Until It Was No More is like a dark forest lit by a closely-orbiting opalescent planet; it could be the alternate score to Von Trier’s Melancholia or Cormac McCarthy’s The Road. Thanks for listening.