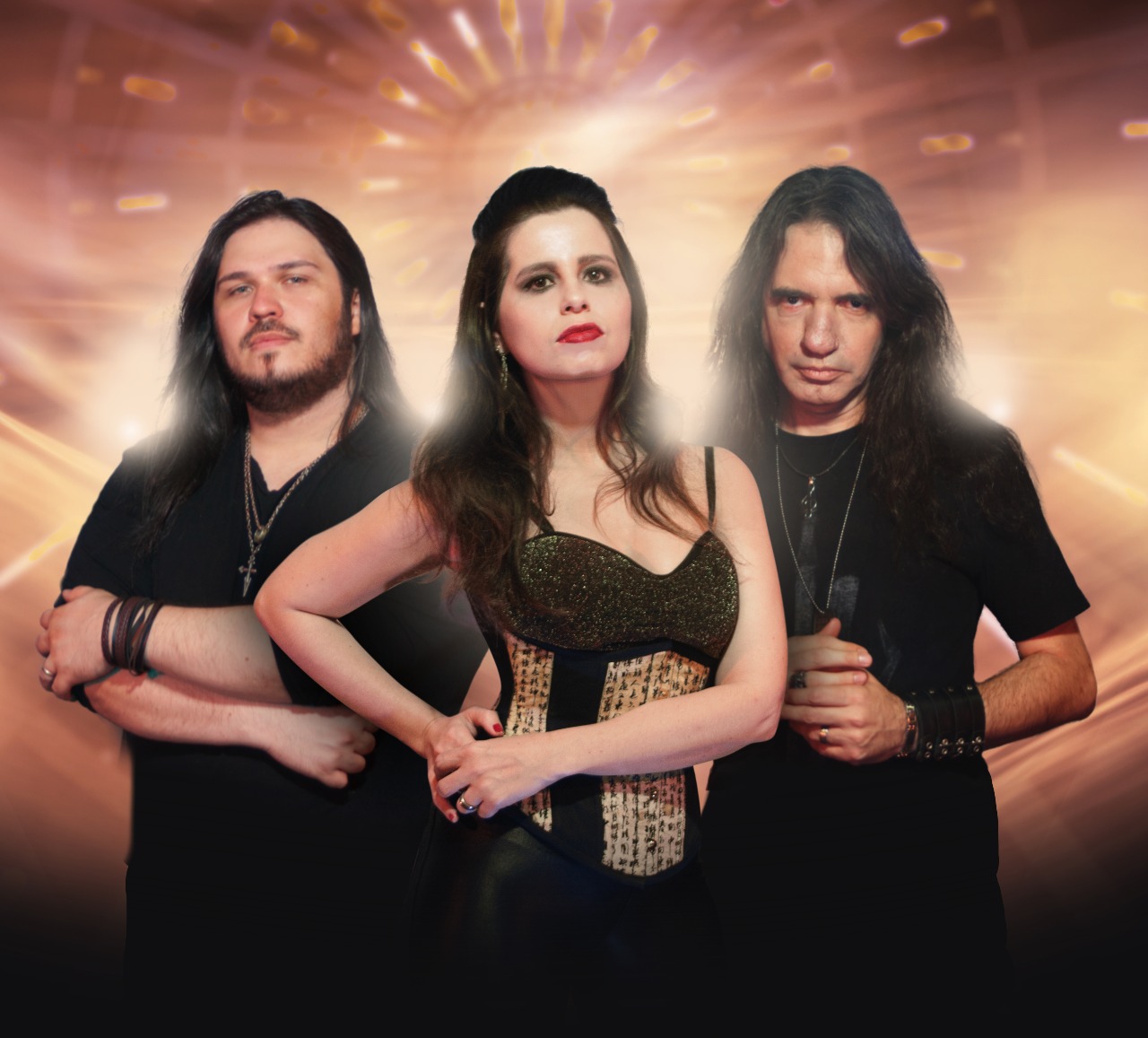 The laws of nature have changed drastically in the twentieth century. And it’s about these changes Eve Desire wants to talk about. In the single “Quantica“, the relation between time and space, and the complexities of theories of quantum physics are the main theme. The release features a clip recorded in Studio Fusion, with the participation of Maurício Nogueira, Matanza guitarist, as well as Madrigal Ever Dream.

The single “Quantica” anticipates the mood of the debut album, produced by Thiago Bianchi (Shaman and Arena). According to Arya Medeiros Cappia (voice), the song opens the conceptual theme that will link the album.

“The situation of the human being facing the possibility of having time as a palpable dimension, according to the revision of the traditional laws of physics. A leap for humanity and the need for adaptation. Purity and aggressiveness. Beautiful and shocking“, explains the singer.

Eve Desire is a symphonic power metal band on the road since 2012. The group began as Nightwish’s cover and under the name “Ever Dream” performed more than 100 shows in a year. Since then, the musicians have decided for the recording career, with the release of the single “Vitruvia” (2013). In addition to Arya, Eve Desire is formed by Wagner Cappia (keyboard), Vini Ramadoni (bass), Lauro Nightrealm (guitar) and Werner Jr. (drums).

The single was recorded, arranged and produced by Thiago Bianchi, at Estudio Fusão, in São Paulo. The clip was produced, directed, edited and colored by Thiago Bianchi and Daniel Mazza. The costume of Arya and Ramadoni, in addition to the makeup were created by Josette Blanchard. The chorus “Madrigal Ever Dream” is directed by Arya Medeiros Cappia and in the video it counts on the voices of Alessandra Borges, Emanuella Oliveira, Vanessa Matos and Gilvan Gomes. And still, only in the single, counted on the participations of Guilherme Gonçalves, Felipe Berlini, Stephanie Lawrence and Clésio Landini.