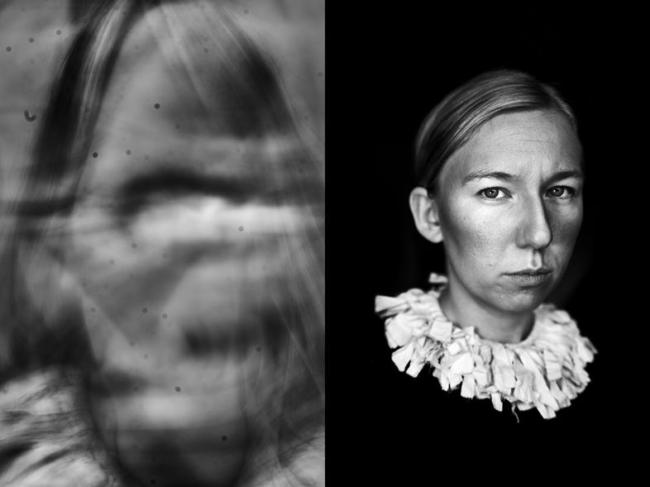 PRE-ORDERS ARE NOW LIVE ON BANDCAMP

On her upcoming album Den svenska vreden (The Swedish rage), coming out on Medication Time Records (BRUIT ≤, Glassing) on 27th January 2023, she explores feelings of isolation and anger in collage-like soundscapes made with twisted field recordings, mobile memories, digital trash, dark electronics, and howling choirs while moving between harmony and noise. She juxtaposes lyrical songwriting and disruptive experiments to reflect the whole in all their facets.

“I was so angry and had been for years.” explains Fågelle, “A kind of adult rage that was new to me. Feeling forced to accept and stay in circumstances making me miserable. To patiently suffer now for a better future. But also, a subdued Swedishness that doesn’t hold space for flaring, tearing, wallowing rage but rather pushes it down from the surface and inwards. Question is, where does the rage go, and which forms does it take? That became a starting point for the record where I kept exploring my personal boiling points, pressures and releases, where to hold my rage, in words and in the body, as a swede and as a woman.”

She continues, “Swedish social norms value the level headed and emotionally subdued. There is a pressure put especially hard on women to function like social glue and to always be consensus oriented. It’s a pressure to practice self control, a self choking of non-agreeable ideas and feelings. Rage being one of them.”

WATCH THE TRAILER FOR DEN SVENSKA VREDEN ON YOUTUBE

A move to Germany allowed her to feel more free. “I could be mad and I could be nice. At the same time. That freedom informs how I make music a lot… Giving myself permission to throw myself at the wall completely.”

This desire for freedom in music can be traced back to Fågelle’s love of free jazz. “When I was 19 I was invited to a workshop with the saxophone player Mats Gustafsson and his free jazz band The Thing. That changed my life. It was the strangest thing I’ve ever heard. But the energy was thick and palpable and it stuck with me completely. After that I knew that I wanted to experiment more freely and with other types of sounds.”

Den svenska vreden features Swedish punk icon Joakim Thåström, one of Fågelle’s biggest musical heroes. “I asked him to join me on the song “Kroppen” and he said yes. We recorded his vocals with Michael Ilbert in the legendary Hansa Studios in Berlin and it was an unreal experience, a full circle moment.”

“When I was writing the song, years before we recorded it, I knew it had some of its origin in his music. Which is something I don’t shy away from. I think every artist’s personal expression is a mix of all the things they’ve been exposed to, and especially the things that’s touched them. So inviting him to sing on the song was like opening the door to that influence and letting it take physical form.”

Den svenska vreden is recorded and produced with long-time collaborator Henryk Lipp (Anna von Hausswolff, Millencolin), with whom she also made her debut album Helvetesdagar, which Swedish Gaffa called “a straight through uncompromising, filterless, honest, courageous and masterful album”. Since its release in 2019, she’s toured Europe by herself and supported BIG|BRAVE, playing venues and festivals such as Roadburn, Berghain Kantine in Berlin, Electrowerkz in London, and Petit Bain in Paris.