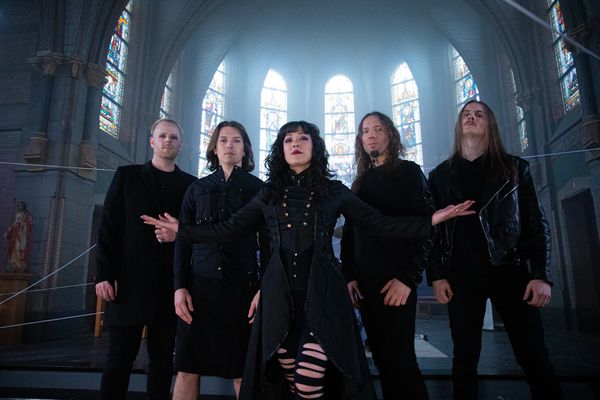 FLOWERLEAF is back and the band’s ready to start its Dreamerie journey! As a forerunner, the band has just released a brand new single along with a music video calledThe Storm.

The Storm is the first single from the Dreamerie – Chapter I: Time. It’s a song about self-confidence, fighting for what you want and fulfilling your destiny.

“It was an amazing experience recording The Storm because it gave FlowerLeaf a new dimension and it gives us lots of possibilities for what we can create in the future” – singer Vivs Takahashi says.

… so it starts the Dreamerie

FlowerLeaf is preparing its next release in an ambitious project called “DREAMERIE”.

The Dreamerie is the book of dreams, full of wishes, fantasies and nightmares. It contains the desires of the heart and the fears of the soul.

Like every book, the Dreamerie is divided into chapters that will be released as a sequence of five short-albums within the next few years. Each chapter will bring its own theme and the first one will be called TIME. And Chapter II is already in the making.