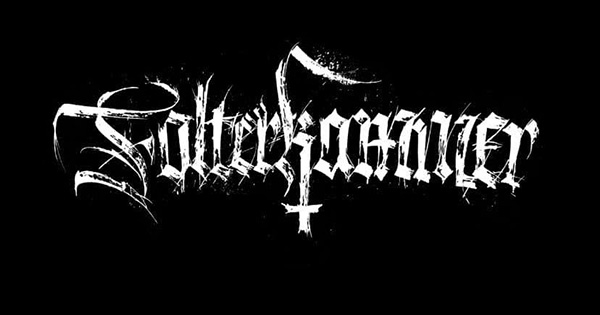 FOLTERKAMMER have dropped an early listen to Die Lederpredigt today at Metalsucks – two weeks ahead of the full-length release.

Listen to the album HERE.

The band’s scorching debut album is a statement against the abusive nature of the oppressive systems of religion, authority, and blind faith. This is conveyed all through the voice of a monstrous and seductive goddess looking to inflict pain with her creations. “I wanted to create the most evil creature and make it’s power feminine because we usually associate feminine nature as kind, loving, and protective. Inspired by the S&M aesthetic, I portrayed the “holy” mother as a sensual, monstrous, dominant, vicious mistress who is the source of all life, suffering, and death” shares Andromeda Anarchia.

The band transforms concepts of religious symbolism and feminine nature into grotesque beauty that is dominant and destructive. Each track is brimming with improvised screams and devilish pristine vocals from Andromeda Anarchia. To add to the poetic symbolism of the lyrical content all lyrics are written and performed in German, a language that lends itself perfectly to the dramatic and dynamic nature of both the operatic and harsh vocals.

Die Lederpredigt will be released on CD, LP and all digital platforms by Gilead Media on December 11, 2020 and features stunning new artwork by Alex Eckman-Lawn.  Pre-order is available now HERE.

Die Lederpredigt (The Leather Sermon) will be released on CD, LP and Digital platforms by Gilead Media on December 11, 2020 and features stunning new artwork by Alex Eckman-Lawn.