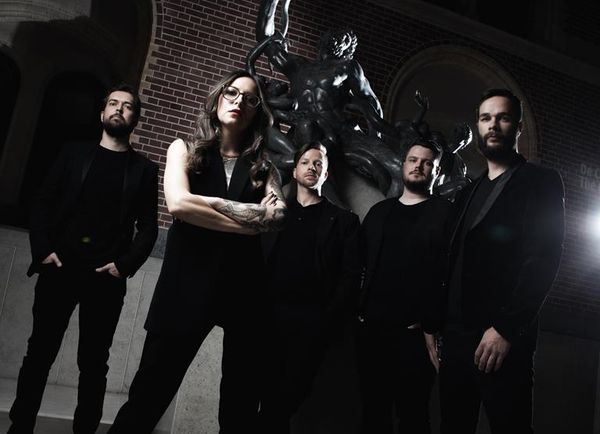 FOR I AM THE KING: new music video

In two weeks – on Thursday, Jan. 19 to be exact – Dutch metal band For I Am King (FIAK) will release its new (3rd) studio album ‘Crown’. It is the long-awaited follow-up to 2018’s ‘I,’ which received high praise from fans and critics internationally.

Released today from that album is the monumental new (3rd) single ‘Trojans’ which was previously preceded by ‘Disciples’ and ‘Liars,’ and non-album track ‘Running Up That Hill’ by singer Kate Bush.

Frontwoman Alma Alizadeh: “With ‘Trojans’ we warn against an overly dominant influence of technology. It is a classic theme in many (scifi) novels and films, which show in great detail wherever increasing technology can lead if we as humanity do not curb it.

However, as long as technological evolution serves only human progress, there is nothing to worry about. In a broader context, we can also project this vigilance, for example, to all the misery that media present us with on a daily basis to get our attention – pure manipulation of a consciously colored worldview. But also everything we see on social media is an illusory reflection of reality.

A line of text from “Trojans” reads: “That is what you told us and led us to believe, now this is not how you are perceived. We see that what you promised us was false, you are not the one to follow.“

Guitarist Koen Scheepens: “‘Trojans’ is inspired by how we as a society are increasingly trapped by technology and by social media. It’s about a people who embrace new technology and ways of communicating, but slowly discover that it’s taking away their freedom, liberties and joy little by little. Until the people finally realize what is happening and rise up to free themselves from this technological manipulation and interference in their minds.”

FOR I AM KING

Since its formation in 2013, For I Am King has released two albums (‘Daemons’ in 2016 and ‘I’ from 2018 which received high praise from fans and critics internationally) and performed numerous shows worldwide in Japan, China and Europe, among others (including Jera On Air, Wacken Open Air, Zwarte Cross, Metal Days, Into the Grave, Eurosonic-Noorderslag, FortaRock, Full Force, Paaspop, Into the Grave, Dokk’em Open Air, Breda Barst, 3FM and Q Music live radio).