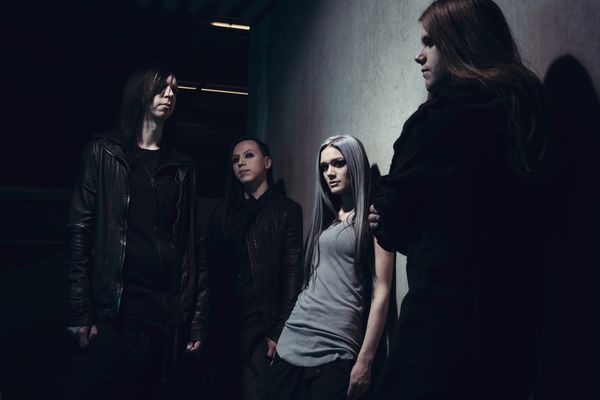 After releasing two successful albums through the world’s largest, independent record label Nuclear Blast Records, being nominated for the Metal Hammer Awards, having toured with bands such as Lacuna Coil and Children of Bodom and played at some of the biggest European festivals like Summer Breeze, Sabaton and Bloodstock, where they opened the main stage, Forever Still had big plans for 2020 with several long European tours planned over the year and eventually back to the studio to record the third album. But as we all know, 2020 turned out very differently.

So what do you do, when all your plans suddenly go down the drain? Make some new ones! Determined to make the best of a bad situation, Maja and Mikkel, who are in charge of the songwriting in the band, gathered all the equipment they could get their hands on in the house and started writing a very different album for the band.

Inspired by bands like Joy Division, Nine Inch Nails and The Cure, they began to explore a more minimalist sound with the old drum machines and analogues synthesizers they had gathered. After months in isolation, the result is Forever Still’s new album The Line, which will be released later in 2022.

Can’t Begin to Explain is the first single from the album. “The video was recorded in our local neighborhood “Amager“, because that was really all we got to see at the time the album was made,” says Mikkel. “I remember being inspired by the movie Pusher II by Nicolas Winding Refn when writing the album, which was also filmed on Amager, and the raw, cold atmosphere in that movie, largely due to the amazing soundtrack by Peter Peter and Peter Kyed“.

“It came as a huge shock to us, when covid shut everything down completely and we took a week to adjust to this new reality,” Maja says and continues,“Fortunately, we are used to periods of isolation when writing new music, so it seemed very natural that this was what we were going to do now.”

“For a long time, I’ve had a dream of using some of the old analog synths and drum machines, I’ve collected over the years, in Forever Still’s music,” Mikkel interjects,“and this situation seemed like the perfect opportunity to really immerse myself in all the possibilities they have and possibly get inspired by some new things.””We walked through the empty streets in winter and I think it was a significant inspiration for the more minimalistic and cold sound of the new album,” Maja concludes.