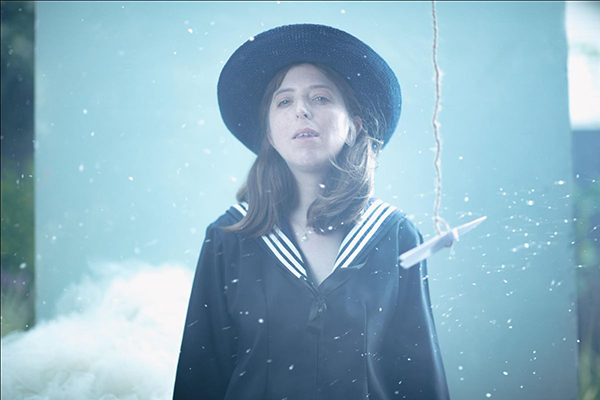 FRENCH FOR RABBITS: new album out

New Zealand dream-pop luminaries French for Rabbits have dedicated nearly a decade to creating warmly detailed and expansive music together. Today they release their prophetic third LP The Overflow.

The LP arrives via AAA records (NZ/AUS), Reckless Yes (UK) and A Modest Proposal (Italy) and is out in digital formats, CD, and on limited-edition vinyl. The album follows on from their elegantly stated second LP The Weight of Melted Snow and their 2014 break-out Spirits.

With hints of psychedelia and folk – the five-piece offer masterful musicality, gossamer vocals and storytelling across the ten tracks which celebrates the introverts’ spirit, and expresses nostalgia in climate grief – with understated strength and breathtaking fragility.

Prior to release, the band shared videos for album singles “The Overflow,” “Ouija Board,” “The Outsider” and “Walk the Desert” working alongside director Martin Sagadin (Aldous Harding, Marlon Williams) to create a visual world around the record.

Led by songwriter and producer Brooke Singer, the project came to life when she started working with guitarist John Fitzgerald in the coastal township of Waikuku Beach back in 2012.

His minimalist, shimmering guitar lines proved to be the backbone of their early work, and over the years the band has expanded to include multi-instrumentalists Ben Lemi and Penelope Esplin alongside drummer Hikurangi Schaverien-Kaa.

The Overflow was recorded with NZ producer/musician Jol Mulholland (Tami Neilson, Neil Finn, Delaney Davidson, Troy Kingi) in Wellington at The Surgery and in Auckland at The Lab, with mastering by Carl Saff in Chicago.

On the album, the group offer up their most compelling, vibrant work. Recorded in 2020, but written across the years prior, the songs on The Overflow explore contemporary themes from digital dystopias (“Passengers“), climate change (“Nothing in my Hands“), to having it all (“Money or the Bag“) but ultimately this is a work portraying the world through an introvert’s lens.

“The stability of their five-strong membership is strongly apparent. ‘Dream pop’? Maybe. Labels are both necessary and constraining. To me, they occupy a genre of their own: fragile yet formidable.“

“I wrote these songs sitting on my bed, at my piano, and on some trips overseas where I got to explore songwriting in more detail than I have before – a chance to push the boundaries. The band pulled them apart and put them back together, and I’m really proud of what we all made – this reflection of self.

It’s hopefully, like a warming cup of tea, but accompanied by a very serious newspaper….something that makes you calm, but also makes you think.“

BIO
Surfacing nearly a decade ago from long oceanic shores, dream-pop luminaries French for Rabbits create music that feels like it has been crafted from the fabric of the New Zealand landscape and psyche – with its salty waves, isolated coastlines, expansive skies and friendly, approachable people. That is to say, their music is both intimate and expansive, welcoming and wary, poetic but piercing.

They emerged from a vibrant local folk scene alongside Marlon Williams, Aldous Harding and Tiny Ruins. Together, the band have released three records – New Zealand Music Award nominated EP Claimed by the Sea; Spirits, which includes the poetic and emotive singles “Goat” and “The Other Side;” and The Weight of Melted Snow.

They’ve toured in the US and Europe, opening for acts such as Lorde, Agnes Obel and performed at SXSW, Iceland Airwaves, WOMAD and in a castle for a fan’s wedding in Switzerland.

In their new material found on The Overflow, the self-confessed anxious introvert Singer is both judge, and comforter. On its title track there is a battle of head over heart, as she seeks to rationalize the mechanics of a panic attack – yet, the song is weightless and optimistically bright in delivery. These subtle juxtapositions are at the center of their work.

CONNECT WITH FRENCH FOR RABBITS: