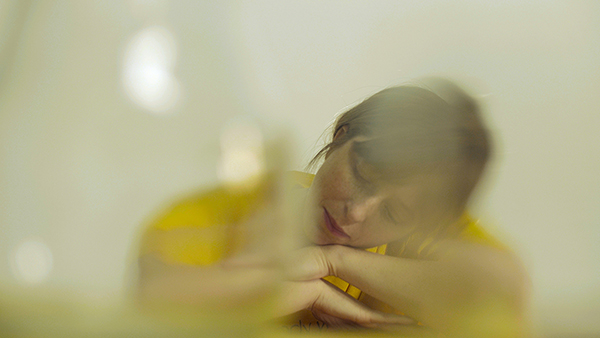 FRENCH FOR RABBITS: new single out

Surfacing nearly a decade ago from long oceanic shores, dream-pop luminaries French for Rabbits create music that feels like it has been crafted from the fabric of the New Zealand landscape and psyche – with its salty waves, isolated coastlines, expansive skies and friendly, approachable people.

That is to say, their music is at once intimate and expansive, welcoming and wary, poetic but piercing. Emerging from a vibrant local folk scene alongside other idiosyncratic talents Marlon Williams, Aldous Harding, and Tiny Ruins, together the band have released three records – NZ Music Award nominated EP Claimed by the Sea; Spirits and 2019’s The Weight of Melted Snow.

They’ve toured in the US and Europe, opening for acts such as Lorde, Agnes Obel and performed at SXSW, Iceland Airwaves and WOMAD.

New single ‘The Overflow’, the title-track from their upcoming LP, is their most immediate and compelling to date – the song is an optimistic take on anxiety and panic attacks – hopeful and soothing on the surface, with deep-seated fears close beneath.

Frontwoman Brooke Singer is locked in a battle between head and heart as she seeks to rationalise the mechanics of a panic attack – yet, the song is weightless and optimistically bright in delivery.

“Nobody needs to hear about the admin of an indie musician, but I can tell you – it could be a mountain higher than Everest if you let it,” explains Singer.

“At times, I’ve found myself on the edge of burn-out and having panic attacks…I dream of living in a cabin by a river, with a dog and fireplace and a simple life with friends around for dinner. But I’m also filled to the brim with ideas for projects, new songs and new challenges,” she continues, a tug of war familiar to many creatives.

“It’s just a river, a current / it’s just a heartbeat out of time” she sings, lulling herself back to reality when her heart is racing.

The accompanying video, filmed by Bill Bycroft (Aldous Harding, Marlon Williams, Stella Donnely and The Naked & Famous) and edited by Singer, further explores the juxtaposition of the song in visual form.

Sunny yellows denote hopefulness whilst vignettes of delicate tea-cups precariously perched on ledges, contraptions that are bound to break and lemons being squeezed by a plastered finger represent the anxiety at its core.

‘The Overflow’ is out now via Reckless Yes in the UK, Europe, and North America, AAA Records in NZ and Australia, and A Modest Proposal in Italy with a brand new album to follow later in the year.