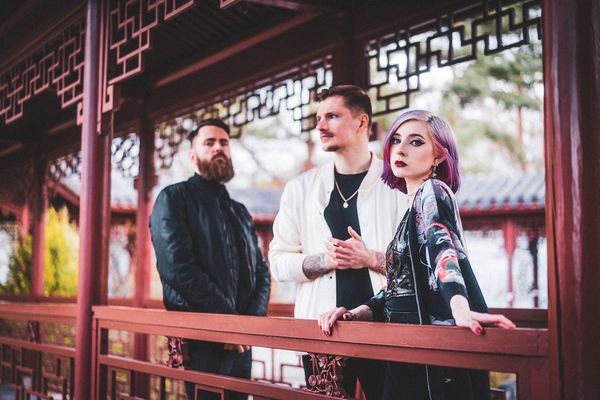 A World in Tears

The world has never been a gracious place. But for a long time mankind did not long as much for hope than during the last one and a half years.

After their highly acclaimed and successful first singles ‘Paradise‘ & ‘Heads Up‘, as heard on SiriusXM Octane Test Drive and already got streamed over half a million times, the Berlin post-hardcore trio Future Palace are back with a brand new track.

With ‘A World in Tears‘ taken from their upcoming album »Run«, due for release on June 10th, Future Palace focus on the confrontation with the problems of the present – primarily climate change, which has been neglected for far too long and is a long-term concern for us, states vocalist Maria.

“The lyrics represent the perspective of a person living in an almost completely ruined world in the near future. It is important for us to draw attention to the fact that one must act carefully here and now and not tomorrow, before it is too late.”

„While writing A World in Tears we were instrumentally influenced by electronic music and the Retrowave genre. Carried by the 80s vibe, the track was created with both dark and rock oriented sides that reflect the interplay between hope and despair.”, adds guitarist Manuel about the musical direction on this new track.

Watch ‘A World in Tears‘ now

Their upcoming sophomore full length »Run« (June 10th) was produced by Julian Breucker, who already worked with scene heavy weights like Beyond The Black and Annisokay guitarist Christoph Wieczorek who also mixed and mastered the record.

»Run« talks about the aftermath of a toxic relationship and shows in a visually stunning and vulnerable way that the struggle with one’s own salvation is only the beginning, even after escaping from a dramatic situation.

The band sets these painful processes to music in dramatic post-hardcore, which is able to atmospherically reproduce the ups and downs of one’s own emotions.

Brutal like Holding Absence, Spiritbox or While She Sleeps, irresistible and sweeping like Bring Me The Horizon or Pvris – Future Palace sound out all extremes and arrive at a synthesis that is as real as life.

Future Palace are one of the most aspiring post-hardcore acts in Germany. They already worked with Arising Empire for their debut »Escape« and gained several million streams for their songs on the well known streaming platforms. In early 2022 they will join Annisokay on their European tour.