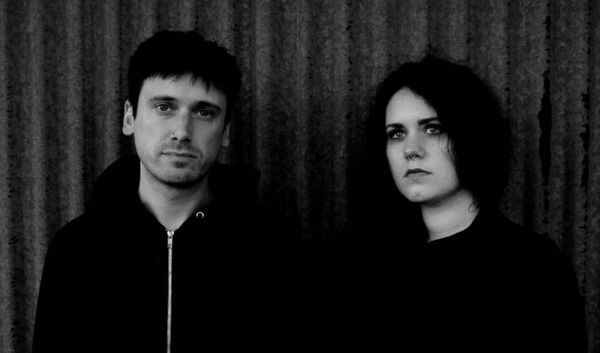 Coinciding with the kickoff of FVNERALS‘ tour with SYLVAINE at the Krøsset in Norway’s capital Oslo tonight, the dark doom duo releases a new video clip for their track ‘Ashen Era’ as the second single taken from the forthcoming album “Let the Earth Be Silent”.

The full-length has been scheduled for release on February 3, 2023.

Album details and tour dates can be viewed below.

The video ‘Ashen Era’ is now available for immediate publication:

FVNERALS comment: “Inspired by the deeply destructive nature and harmful presence of our species, ‘Ashen Era’ was the first song that we wrote for this album, which also established its foundation”, singer and bass player Tiffany Ström reveals. “In our writing process, we used dissonant orchestral instrumentation coupled with eerie vocals to ritualistically build up from a chant of despair to a state of acceptance. It is moving from the overwhelming longing for annihilation as well as the anxiety and guilt of our existence, to finding beauty and peace in our own impending end.”

Syd Scarlet adds: “The video was created by mixed media artist Teresa Elizabeth Lobos of Lagomorphosis”, the guitarist writes. “Having followed her work for some time and really liking her animated collage style and somber aesthetics, we were really looking forward to pairing her ideas with our music.”