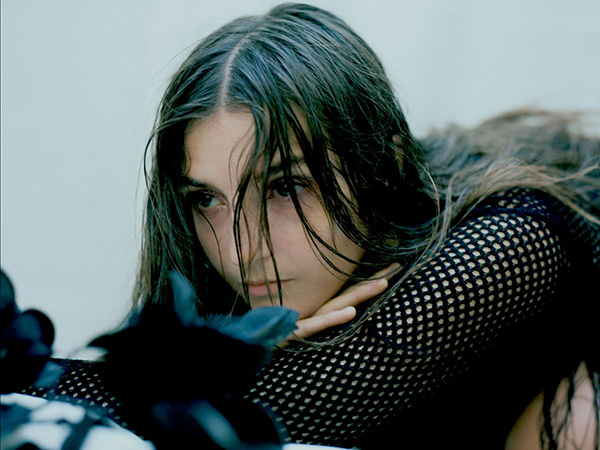 Hot on the heels of November’s ‘Walk On The Ceiling’ and December’s collaboration with label mate HÅN, rising alt-pop artist GIUNGLA has shared new offering ‘Turbulence’. GIUNGLA is the project of Milan based artist Ema Drei, whose recent output has seen her gain support from the likes of BBC Radio 1, The Line Of Best Fit, London In Stereo and Amazing Radio to name a few. ‘Giungla’ means ‘jungle’ in Italian and it’s in this sort of tangled-happy-place, where Ema’s minimal pop songs come alive with in-your-face attitude.

On ‘Turbulence’ GIUNGLA showcases her unique brand of pure escapism. Her silky vocals flow over quaking electronics in other-worldly perfection. A love song at its heart, ‘Turbulence’ also serves as a metaphor for making it through the hard times. “Up, up and down again, I’m just a plane, you’re turbulence” she sings. “Turbulence is about all the stuff around us that we can’t control. It’s about missing life out there, with its ups and downs,” explains Ema. “What often feels like the scariest part of an experience is just part of the journey. Sometimes you need to go through it, in order to keep flying”.

Armed with just samplers, an electric guitar and her voice, GIUNGLA has fast developed a reputation for her breathtaking and visceral live show. She’s played alongside The xx, Foals, Grimes, Franz Ferdinand, Mura Masa, Let’s Eat Grandma and Battles as well as being invited to play at numerous festivals across Europe and North America. After working on a couple of singles with producer Luke Smith (Depeche Mode, Foals, Anna Of The North), she spent summer 2019 in the studio with Andrew Savours (My Bloody Valentine, The Kills, Black Country New Road). Despite spending most of 2020 locked down in Milan, GIUNGLA has not stopped creating, recording new singles and adding the finishing touches to her second EP, which is set to be released later in 2021 by Italian label Factory Flaws.