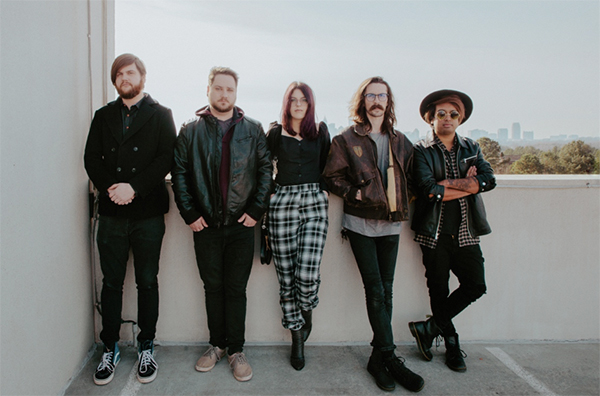 Atlanta-based rock band glimmers has released its newest single today with “Purple Tux.” The new track was taken from the band’s upcoming EP Worlds Apart, due to be released April 23rd on Common Ground Collective. Alongside the single, glimmers is sharing the next chapter of a series of cinematic videos that follow a couple through the highs and lows of a relationship. “Purple Tux” is available to stream now at https://cgc.lnk.to/PurpleTux

On “Purple Tux,” glimmers frontwoman Maggie Schneider shares, “I wrote this song with Alex Crain when we were in California. This song is about reminiscing about a past relationship, and thinking about all of the good times. The “purple tux” that we reference is a symbol for adolescence, and makes us think about school proms. It’s quirky and fun, just like this relationship. I love John Hughes movies, and so this song is an homage to ‘Sixteen Candles,’ or ‘Pretty in Pink’.”

“Deanna [Elise, videographer] had a great idea of creating a split/screen music video,” Schneider continues. “It shows what each of the characters are doing throughout the day, and how they’re coping with the loss of their relationship. Each character makes attempts to distract themselves from these feelings, but eventually, the split-screen fades away.”

The release of “Purple Tux” follows up singles “Not Good At Goodbyes” and “Fallin,” which have been featured on sites such as NPR, Alternative Press, The Noise, The Alternative, and more. Worlds Apart is available to pre-order ahead of its release now at cgc.lnk.to/WorldsApart