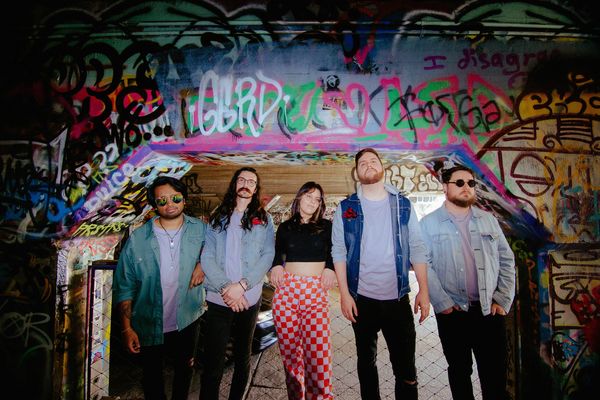 Today, Atlanta-based pop/rock band, glimmers, shares the brand new single, “Scared to Lose,” out now via Common Ground Collective. With this single, the band kicks off a brand new era of music.

“Scared to Lose” mixes the band’s love of melodic piano and hopelessly romantic lyrics. Alongside the track, the band also shares the first of a collection of cinematic music videos that follow the journey of finding yourself as you go through the ups and downs of a relationship.

Listen to “Scared to Lose” now HERE and watch the video HERE.

About the song, lead singer, Maggie Schneider says, “It’s about being in a situationship – the kind of relationship without a label. While the feelings are reciprocated, the idea of expressing the words out loud is terrifying. I have had my own experiences of being afraid to fall in love, while also being scared to miss out on something special. It is a catch 22.”

Over Memorial Day weekend, glimmers made their debut at So What?! Music Festival in Dallas, TX, playing to a packed crowd at the Idobi Radio Stage.

In early 2020, five friends who’d been playing music together since the summer of 2019 decided to put a fresh stamp on their collective, glimmers. Meeting separately but all through mutual friends, the five members of glimmers formed as the backing band of Atlanta artist Maggie Schneider – but what started as a backing band quickly became a family.

The band introduced itself to the world through two complementary EPs, Cluttered Heart and Worlds Apart. Releasing standout singles like “For Me It’s You” and “Not Good at Goodbyes,” both projects encapsulate the feeling of being the main character in a coming-of-age movie. The songs garnered positive attention from outlets like Alternative Press, Emo Nite, and Hot Topic.

Now, glimmers is ready to share the newest iteration of their sound. The pop/rock group’s new music is influenced by the songwriting of Mayday Parade, Julia Michaels, and The Band Camino. Get ready for a new and honest chapter about the games we play in our relationships.

glimmers is about connection—whether it be the friendship of the bandmates or the intimate connection felt between the band and their fans at a live show.