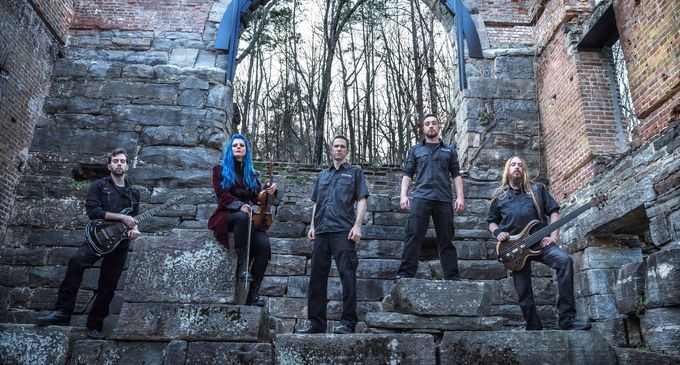 Symphonic melodic death metal act Gone in April have released the first track of their upcoming album Shards of Light, scheduled to be released on September 6th, 2019.

The Canadian-American ensemble created a story rooted in French Canadian folklore and gave it a spin of their own. They collaborated once again with skilled Norwegian director of photography Thomas Mortveit.

“If You Join Me is about choice“, says Bélanger Roy, “Realizing that, even when a situation seems hopeless, there is a way out, and it is entirely up to us“.

The band scouted locations with this concept in mind and found the New Manchester Mill Ruins, a mill put to the flame by Union soldiers during the American Civil War, as well as Ramsey House, built at the very end of the 18th century. These locations would be the perfect setting for an old cautionary tale to take place.

The album is scheduled to be released on September 6th, 2019, a few days before Gone in April takes off to support Eluveitie and Korpiklaani on a four-week North American tour.

Shards of Light is available for pre-sale through the official WaveTransform store at  http://www.wavetransform.com/gia