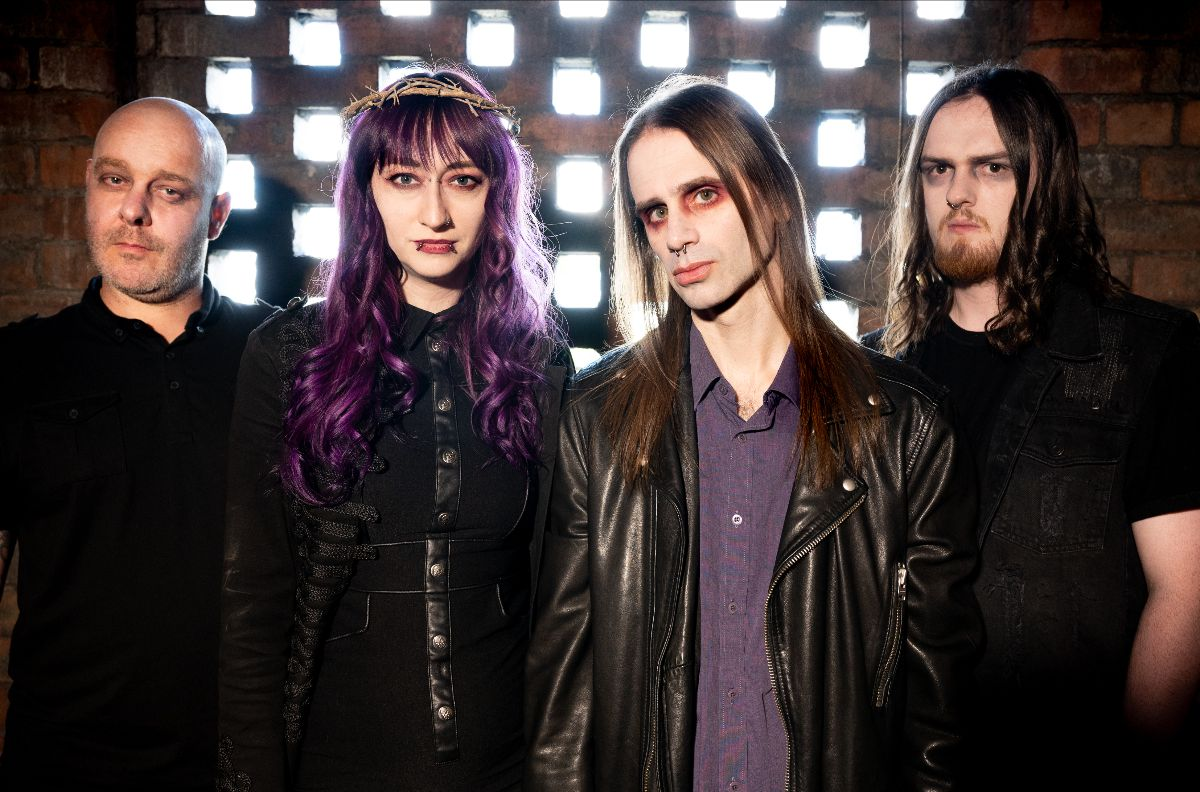 GOSPELHEIM‘s fascinating and catchy new full-length “Ritual & Repetition” is hitting shops today and starts streaming in full on all relevant platforms. The British dark rockers‘ record offers a perfect blend of dark rock and metal with a pinch of gothic flourish. Album details can be viewed below.

GOSPELHEIM comment: “At long last the day has arrived that after two years of waiting since its recording, our first full-length ‘Ritual & Repetition’ is finally out”, singer and bass player Coco enthuses. “We are thrilled that everyone can now experience this album in full. It even feels a bit surreal that we are finally able to share our sound and vision with each and everyone of you. We sincerely hope that you will like this album as much as we do. Please feel free to check it out and let us know what you think via our socials or at a show.”

“Ritual & Repetition” is is now streaming in full at the link below:

Lo and behold! ‘Tis a wondrous beast that GOSPELHEIM have conceived with “Ritual & Repetition”: Its glittering skin is made from catchy dark rock melodies. Its bones are carved from solid gothic metal. Its forked tongue sings with both a beautiful female and a male voice. Its fiery eyes reflect deep melancholia, yet its sharp teeth bite hard without remorse.

On their debut album, this young British band are displaying an astonishingly mature song-writing that seemingly without any effort manages to combine a plethora of influences and impress with their stylistic wingspan. Besides the obvious dark rock and gothic metal, GOSPELHEIM add a variety sonic flavours that even include blues rock, a knife-tip of Rush in the vocals, and other spicy ingredients that tickle the musical palate and please the ears.

With their choice of lyrical topics on “Ritual & Repetition”, GOSPELHEIM gracefully join the select club of occult-themed bands, which easily leads to their designation as an ‘occult dark rock’ act. Yet whether the English trailblazers are to be  added to the shelf for ‘rock’ or rather ‘metal’ remains open to debate and probably depends on the ears of each listener.

GOSPELHEIM were formed by singer and guitarist Ricardo and bass-player and vocalist Coco in Manchester back in the dark days of 2020 while the world came to a grinding standstill. The core duo took inspiration from the morality of the human condition, silent era horror movies, and the transformation of existential concepts such as good and evil.

In early November 2020, GOSPELHEIM recorded their debut album “Ritual & Repetition” at No Studio in Manchester with Joe “Doctor” Clayton. A video single of the track ‘Into Smithereens’ was filmed, self-released, and well received by critics and fans alike. Despite the known adverse circumstances, the band managed to perform a first live show at Factory 251 in Manchester in September 2021 and has every intention to perform live as much and as soon as possible. The line-up was later completed with the addition of second guitarist Jordan and Rob on drums.

With a visiting card as impressive as “Ritual & Repetition”, GOSPELHEIM are bound to leave a lasting impression on their listeners and invitations to festivals and tours should follow in a short time. For all who have been eagerly hoping for a dark rock debut full-length that can match the glorious first record of BEASTMILK, here is an album that you might want to spin right now.

Recorded & mixed by Joe Clayton at No Studios.
Mastered by Jaime Gomez Arellano at Orgone Studios.

Available formats
“Ritual & Repetition” is available as gatefold 2LP on black and on golden vinyl, and as Digipak CD.