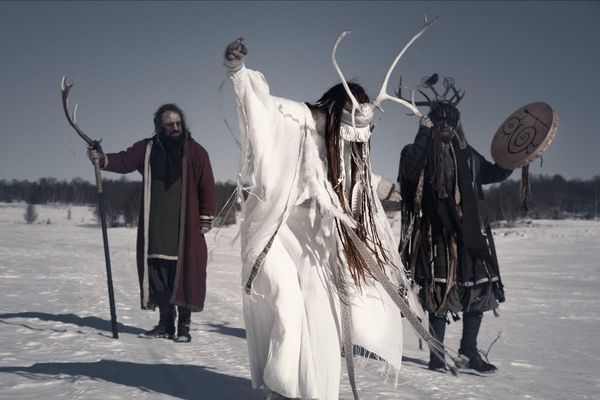 Enigmatic world music collective HEILUNG are proud to unveil the very first single of their upcoming full length ‘Drif’. The album is set for worldwide release on August 19, 2022 via Season of Mist and the brand new single “Anoana”, which is accompanied by a magical new music video, can now be viewed HERE.

HEILUNG comment on the video: “In Anoana, the listener has the chance to delve into a collection of likely encoded spells from the Migration Period and get a touch of magic from the Dark Ages. The intention of the piece is to playfully reconnect to an incantational language of a period where the North was richer in gold than any other region. Our forefathers presumably enjoyed a time of great prosperity and it may make us rethink how dark these ages really were.”

HEILUNG comment in their own words: “Drif means “gathering”. A throng of people, a horde, a crowd, a pack. In symbiosis with the album title, Drif consists of a flock, a collection, a gathering, a collage of songs, that much like little flames were seeking towards each other, to join, to bond, to create, and be greater together. This album has very clearly dictated its own path. Our attempts to tame it was repeatedly fruitless and once we came to this realization, the creative flow surged forward with immense force. So much so that sometimes it felt like the songs wrote themselves. All the songs on Drif have their own stories. They have each their place and sense of belonging, with inspiration not only from Northern Europe, but from the ancient great civilisations.”

The album can now be pre-ordered HERE and pre-saved HERE.