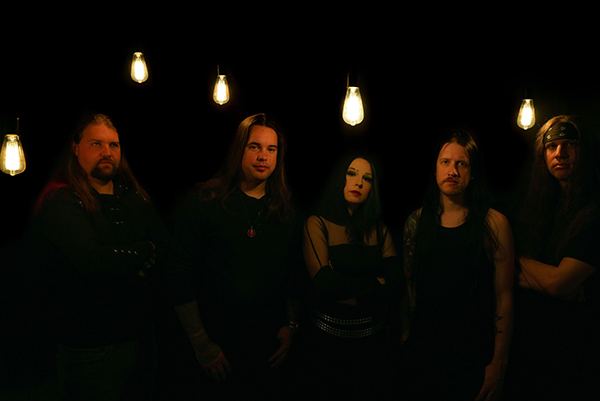 For the one-year anniversary of their 2020 album “Question Everything”, American power metallers Helion Prime released a special edition of the full length digitally on October 8th, 2021 along with it being available on vinyl coming early 2022.

In support of the special edition of “Question Everything”, the band is sharing their latest music video for the opening track “Wash Away”. The song is based on Ignaz Semmelweis, the doctor who discovered the disease-fighting power of hand-washing in 1847.

The new song for the special edition album was written by guitarist Jason Ashcraft and lyricist Heather Michele with mixing and mastering done by Alex Nasla (Witherfall). The music video was filmed by Alex Nasla and Trey Xavier (Gear Gods), with editing done by Adrienne Beacco

“We are thrilled to share this new song and video with everyone. When we decided to release a special edition for Question Everything, I knew from the start I’d wanted to include a brand new song that continued the theme of the album. Wash Away, we feel, is one of our strongest songs to date. Showcasing all the things that make Helion Prime, Prime.”

Watch the music video for “Wash Away”:

The special edition of “Question Everything” was produced by Helion Prime guitarist Jason Ashcraft and Alex Nasla, who also remixed/remastered the record to better fit its vinyl experience.

The original artwork also went under a small make-over for a classic “marble wall” vibe.

“We are so thrilled to announce this special edition release of Question Everything to help celebrate the album’s one year of life!

This was such a fun album to work on and to get to relive it with you all is something we are very excited about. We are also excited to finally be coming to vinyl.

It’s something we’ve wanted for a long time and we know a lot of you have asked for it. So now is the time to get your hands on this special and limited run of Question Everything.” adds the band.

“Question Everything” is Helion Prime’s first album with new vocalist Mary Zimmer, who has also accompanied the band on two separate tours of the United States.

The album also saw the band’s original singer, Heather Michele, returning in a writing capacity and contributing all lyrics and melodies. Heather Michele also along with other former Helion Prime vocalist Sozos Michael and with John Yelland (Judicator/Dire Peril) add their guest vocals on the full length.

The third record is a concept album, with each song revolving around different influential figures throughout human history who had the courage to question the status quo of their respective worlds/societies, in some cases even dealing with harsh persecution as a result.

Those Helion Prime chose to write about faced prejudice, mockery, ex-communication, and persecution – yet through it all, they held true to their beliefs and ideas.

Time would be their greatest ally as their ideas and identities were eventually validated, oftentimes not until after their passing. They serve as an inspiration for all minds to continue thinking outside the box and staying true to themselves.