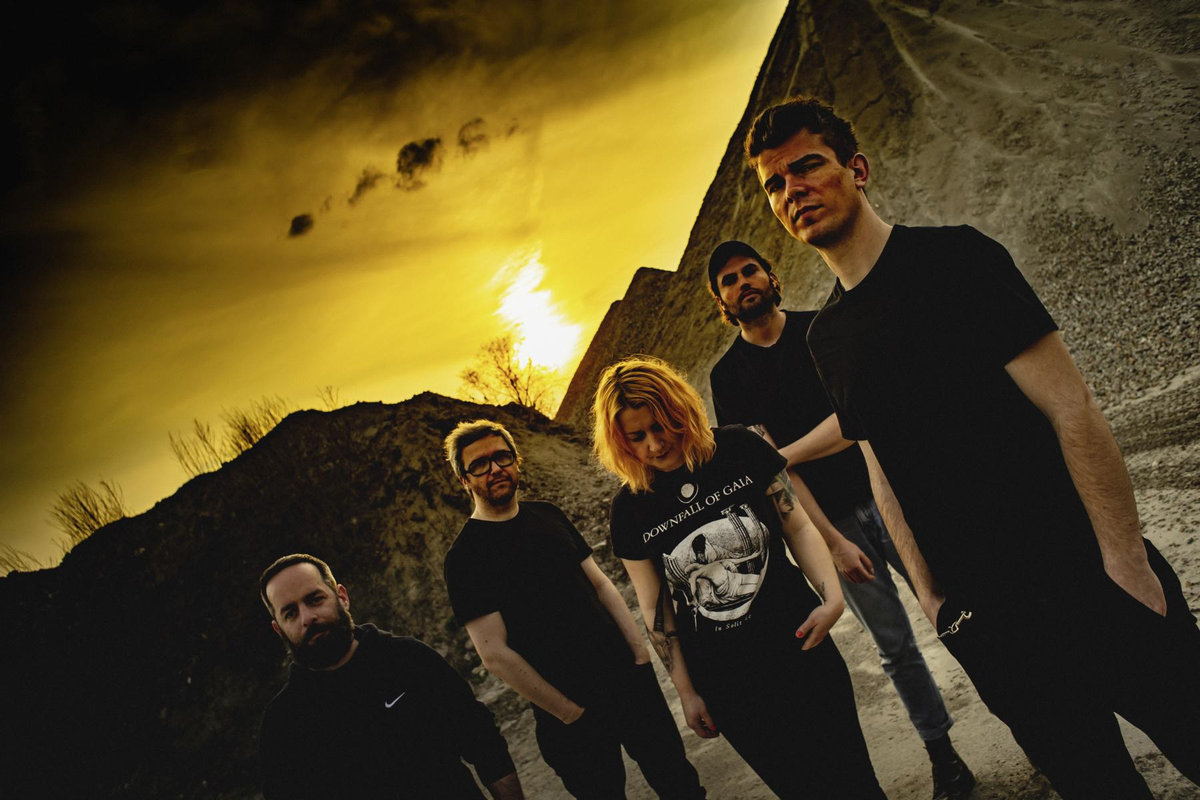 July 26th will see Sludge and Stoner Metal rockers High Fighter release their sophomore, critically acclaimed album Champain with Argonauta Records. Today the Hamburg based five-piece is unleashing a third and final single before this beast of an album drops, and premiere a lyric video for the track When We Suffer, featuring Anton Lisovoj of post-Black Metal heavyweights Downfall of Gaia!

Champain is an album that you won’t expect from High Fighter, songs such as the just released Before I Disappearor Dead Gift, create an eerie and gloomy atmosphere where the mood can be pitch-black in places. Recorded, mixed and mastered by Jan Oberg (Earth Ship / Grin) at the Hidden Planet Studio in Berlin, it has a heavier and fast-paced sound compared to High Fighter‘s first records. Champain isn’t for the faint hearted and the band may actually surprise a lot of their established fanbase with this album, but have also called in a few favours for it. As you have Anton Lisovoj of Downfall of Gaia fame providing vocals on the excellent song – When We Suffer.

“It is a real pleasure and honour to for me being added to this record.“ Lisovoj says. “Besides the fact that all Fighters became real friends over the last few years, it was a fantastic feeling to work with these talented musicians.”

High Fighter comments:“We feel stoked Anton is a part of our Champain. Having toured with Downfall of Gaia a couple of times and since then became close friends, we are also big fans of his vocal colourtones. We could not think about someone more perfect for When We Suffer, which may be the only kind of a “ballad”on the entire record if you could even say so, all the more it’s a perfect match having such a great Black Metal vocalist like Anton, giving this song its very special vibe.”

It seems life on the road has impacted High Fighter in a huge way, as their new album and sound proves. After the group’s debut EP The Goat Ritual released end of 2014, followed by numerous shows all over Europe & the UK, including festivals such as Wacken Open Air, Summer Breeze, Desertfest Berlin, London and Antwerp, SonicBlast Moledo, Stoned From The Underground, Up In Smoke, Keep It Low, Red Smoke Festival and many more, as well as countless gigs on tour with bands alike Ahab, Conan, Elder, Downfall of Gaia, Crowbar, Mantar, Corrosion of Conformity, Mammoth Storm, Brant Bjork, The Midnight Ghost Train and Earth Ship to name just a few, High Fighter released their first full-length and critically acclaimed album Scars & Crosses in June 2016 on Svart Records. The band’s second studio album, Champain, will be coming July 26th on Vinyl, CD and digital formats with powerhouse label Argonauta Records, the pre-order is available here: www.argonautarecords.com/shop

In support of Champain, High Fighter have announced a bunch of summer tour dates, alongside Sludge masters DOPETHRONE. Make sure to catch the band live at the following shows: