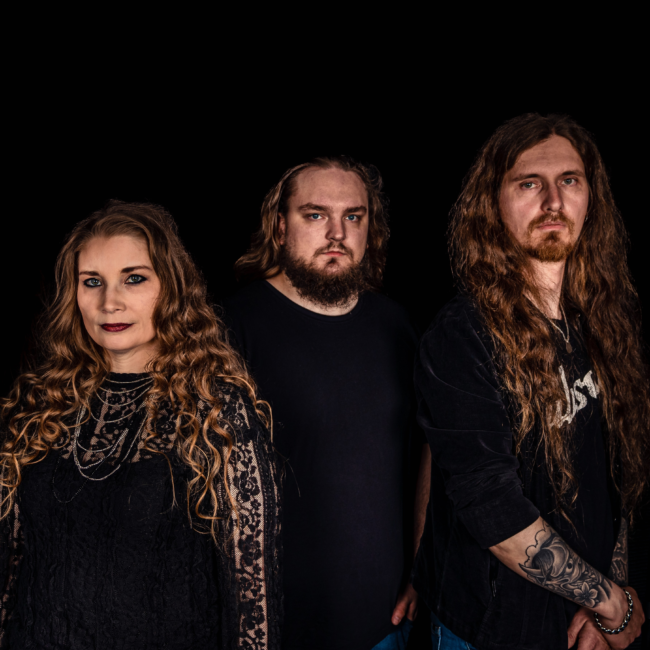 Rockshots Records will be releasing Finnish rockers Highway Queen‘s debut full-length “Bitter Soul” this coming December. The album is a collection of rock and metal songs with beautiful melodies, and strong riffs with heavy drums and bass. Each song shows the listener the stylistic versatility of the band.

Today, the band presents their second single “Getting On Your Knees” accompanied by a music video. The track is classic heavy metal to tell a story about revenge against someone who has betrayed you badly.

Watch the video at https://youtu.be/kgUQfj493n4​

Songs on Highway Queen’s new album “Bitter Soul” are all about scenarios in one’s life. The lyrics tell stories about gnawing the burden of shame, anger, and bitterness. They also talk about the burden that carries through generations. They are about people’s weaknesses too. The stories are also about overcoming these challenges.

“From our first self-releases and singles with Inverse Records to this album, our sound is definitely going from a lighter to heavier direction. Every song has its own mood so feeling vary throughout the album. There are parts in the album with bluesy vibes to parts that have strong doom or even thrash vibes. It all blends together with a touch of 80’s style. Every song on the record has its own mood.” adds the band.

Highway Queen is a band that plays melodic hard rock with some metal influences. The band was founded at the end of 2019 by vocalist Virpi Kääriäinen, guitarist Teemu, Kääriäinen and drummer Henri Backman. All members have played in cover band projects in the past and decided it was time to start making their own creations.
​
In 2020, the band self-released four singles on digital platforms. Also in 2020, the band acquired bassist Petri Orava and they recorded more songs to be released. In 2021, the band signed with Finnish record label Inverse Records for releasing three singles and a music video. The songs had a great reception, and the band continued moving forward to start working on their first album. All Highway Queen songs are recorded with Aleksanteri Kuosa, so he was a natural choice to be the producer for the full-length. He has also worked with bands like Waltari and Before The Dawn.
​
​Highway Queen is recommended for fans of melodic hard rock, heavy rock, and NWOTHM.

“Bitter Soul” is due out on December 16th and available for pre-order at https://bit.ly/BitterSoulCD​