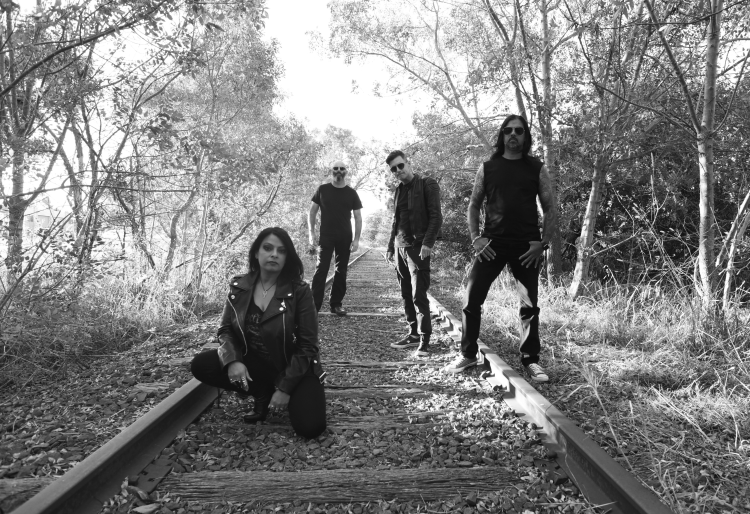 Melbourne hard rockers HZED have released a new single “You Know”, the single follows up their not long released single Point of View. Watch the Video for song here below

Vocalist Michelle says about the song: “Its about looking from the outside of someone else mental state. They may self-harm or think about ending it all, and your there trying to talk them of the ledge”

First formed in 2013 as an unnamed project by guitarist Shannon and Drummer Sam, HZED are a melting pot that transcends generations. With feet firmly planted in the roots of the last 5 decades and influences that make up the cream of rock royalty, HZED bring the power of the late Chrissy Amphlet through lead singer Michelle, a rhythm section that drives ferociously in and out of oncoming traffic and guitars that shift and change as those that would in the highest octane of muscle cars.

The name itself comes from the HZ Holden, a truly iconic Australian muscle car that much like the band refuses to die, performs best when tuned to purr and has more than enough grunt under the hood to rattle the soul and drop jaws when heard.

Late 2021 saw the new sound HZED enter the studio with producer Russell ‘Rusty’ Brown of Electric Mary at Studio One.B where the band recorded their previous single ‘No Colour’ which gained the attention of Rue Morgue Records’ John Raptis, who immediately got the sum of all things that are HZED. He not only decided to put the track on the ‘Murders in The Rue Morgue Vol.3’ release but he also offered to do a strictly limited 7” vinyl run of the song, which features this latest track ‘Point Of View’.