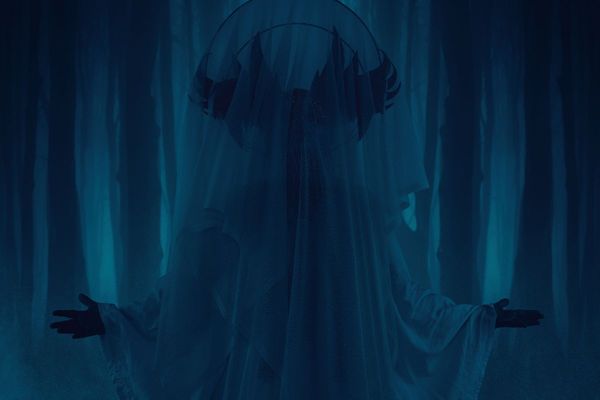 To speak to Trevenial, the single-entity, multi-instrumentalist voice from the other side of the veil, is to speak to a spirit that transcends the veil of this world and crosses borders beyond time and place.

But you will not speak to Trevenial, but hear the words put forth in IANAI. IANAI is the essence of music that will permeate culture and influence without thought of boundaries or convention. IANAI is mythos in the making.

Today, IANAI shares ‘Savoj Icoil’ with you. An incredible sonic and visual experience from an artist as awe-inspiring as they are formidable, you can watch the video here:

From the first outset of the debut single ‘Savoj Icoil’, IANAI abandons the typical notions of ice and frost in which it is depicted, and rather than desolation, offers a guiding force through the notes and words.

Acting as a messenger between two worlds and IANAI is music carried from within through the ages. Now is the time to let the waking world hear it too. On June 10th Sunir, the debut musical offering from IANAI will be released via Svart Records.

In music, IANAI is joined by a cohort of musicians from the world music scene and classical orchestras but also people from modern bands such as Massive Attack (UK), Client (UK), HIM (Finland), Sisters Of Mercy (UK), Theodor Bastard (Russia), Lord Of The Lost (Germany), Swallow the Sun (Finland), Souvenir Season (Germany) and The Rasmus (Finland).

From a time before time; before the ocean swallowed Atlantis and the named gods sat atop their mountains. When the ancient ones roamed free, unburdened, IANAI whispers through the boundary of legends.

With new music on the horizon, the question that remains is: when you hear IANAI, will you heed the call?