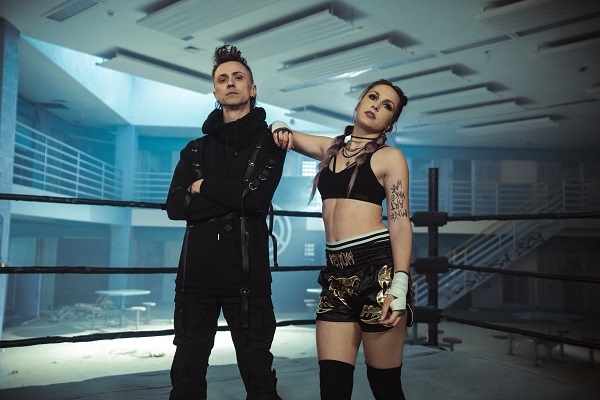 US rock giants Icon For Hire have announced their fifth album The Reckoning due on September 9th via Kartel Music Group, and unleash the second single from the project, “Dismantled“, a raging and powerful hard rock belter with restless, bristling vocals. Stream ‘Dismantled’ Here. Pre-order the new album here.

“‘Dismantled’ came from a very raw and personal place, when I was at a low point. My therapist has been helping me get better at feeling my emotions, so I was sitting on the floor crying and just naming my feelings: broken, pissed off, used, like I’m being stripped for parts. I took that experience to the piano and came out with a ballad. The song totally evolved by the time we got to the studio!”.

It’s this ability to deliver bristling lyrics while snaring a heavy and explosive sound that give an indication for where things are headed with Icon For Hire’s upcoming album.

Following up on the Rock Sound and Kerrang! Radio supported album Amorphous, Icon For Hire introduced The Reckoning, with the bruising single “Ready For Combat“.

Described by Rock Sound as “a bold and belligerent piece of hard rock chaos“, the track, alongside its high-powered music video, perfectly depict the harder-edged sound and aesthetic of the upcoming album, in the band’s own words; “grittier, louder, larger“.

Talking about the album Icon For Hire say; “‘The Reckoning’ isn’t just about exploring all the dark and heavy pieces of ourselves, it’s about embracing and accepting those pieces, and using them as weapons against the gatekeepers that hold us back, even when those gatekeepers are our own self-imposed limitations.”

Featuring collaborations with Keith Wallen of Breaking Benjamin and mixing by Joe Rickard of In Flames and Red, the album boasts Ariel’s fiercest vocals to date, and Shawn’s signature in-your-face guitar style.

Since forming in 2007, Icon For Hire – composed of singer Ariel Bloomer and guitarist Shawn Jump – have quietly amassed a legion of fans. With 250 millions global streams to date and nearly 1 million followers across social platforms, Icon For Hire are no longer  the sleeping giants of the modern rock scene.

Having sold over 120,000 albums to date through their completely independent set up, they are one of the most successful direct to fans stories. Continuing to build their legacy on their own terms, unapologetically forcing all to take note that they aren’t going anywhere any time soon, with ‘The Reckoning’ Icon For Hire are embracing their self funded freedom.